Cigarettes have caused a spate of large fires in London during the recent heatwave, prompting firefighters to urge Londoners to take more care in the hot weather, especially when discarding cigarettes.

In the last two weeks, there have been 20 large fires in London, with each needing more than 35 firefighters to tackle them. Many are believed to have been started by cigarettes but also barbecues, the sun reflecting off mirrors and other sun related causes.

“A heatwave often causes a surge in fires but there are some simple things people should do to prevent them. Everyone has a role to play in preventing fires, so be careful with how you put out cigarettes and matches, and butts should be fully stubbed out and not tossed into bins, onto the floor or out of windows.

We all love a barbecue in the sun, lets keep it that way.

“Barbecues on balconies are also a very serious fire risk. Tiny embers from the coals and food float away, catching curtains, dry grass verges and trees. You cannot barbecue on a balcony safely and you are putting everyone in your building at risk.

“While Brigade crews have coped well with the recent spate of large fires and we always stand ready to help you, we would rather they didn’t happen in the first place. Everyone can help prevent fires from starting in the first place and I want Londoners to note our fire safety tips.” 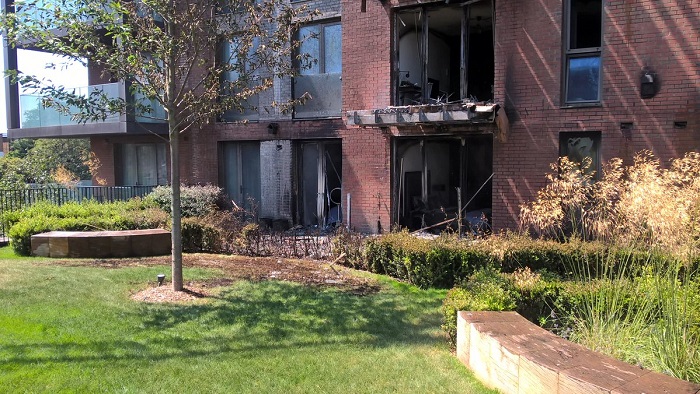 Five balconies were destroyed at a fire at a block of flats in Heritage Lane, West Hampstead

Five balconies were destroyed at a fire at a block of flats in Heritage Lane, West Hampstead 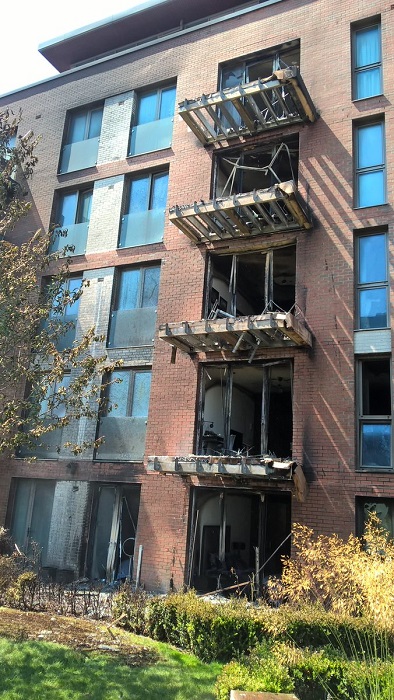 The West Hampstead fire was caused by a carelessly discarded cigarette 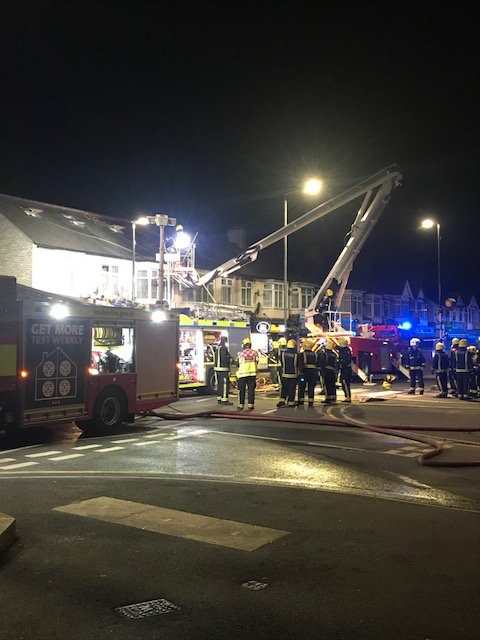 Two people were rescued from a flat in Billet Road, Walthamstow after a discarded cigarette caused a fire on a flat roof 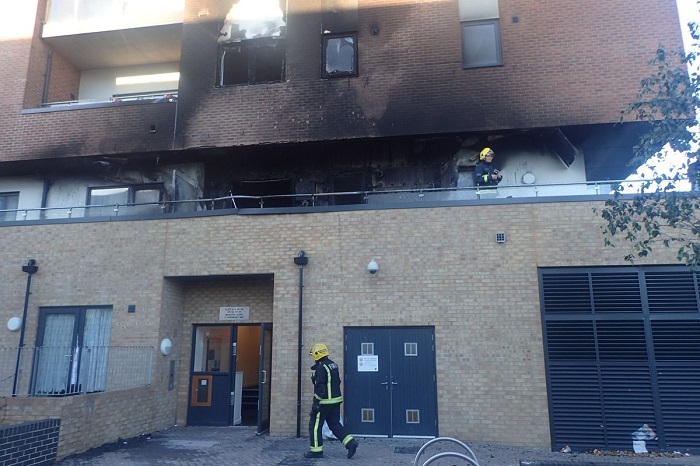 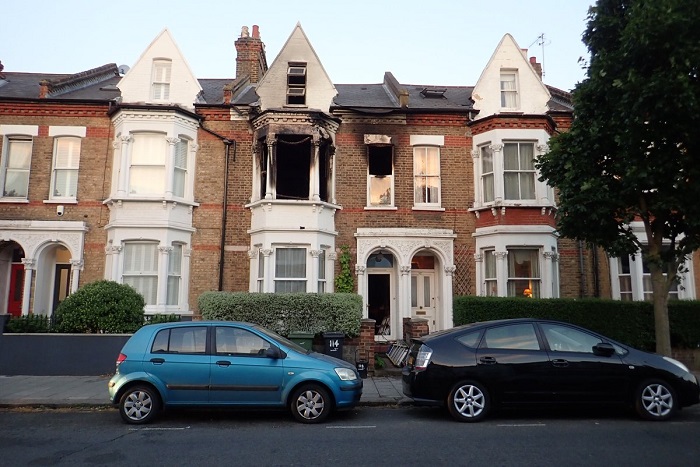 Sunlight refracting off a mirror caused a fire at a house in Abbeville Road, Clapham 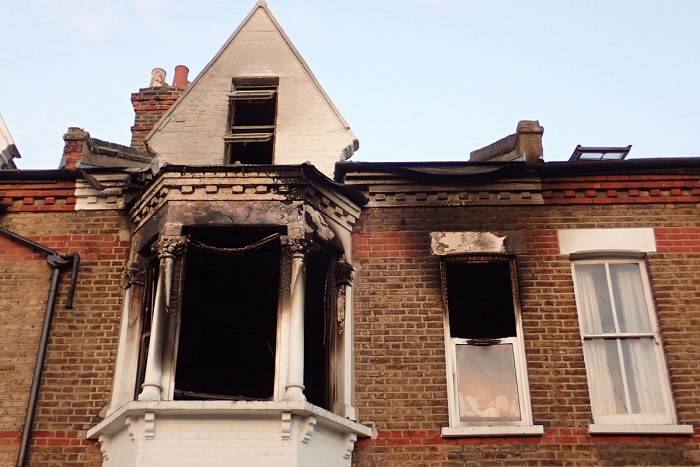 Mirrors and shiny objects can refract sunlight and cause fires

Among the most prominent fires was a balcony fire in West Hampstead on Tuesday, July 3, which fire investigators believe was caused by a cigarette which had not been properly extinguished in a plant pot. The fire destroyed five balconies at the block of flats in Heritage Lane.

Firefighters have also been called to a number of grass fires across the capital and also fires caused by sunlight refracting on shiny objects including mirrors.

During England’s tense World Cup match against Colombia on Tuesday evening, firefighters were called to a house fire in Abbeville Road, Clapham, which was caused by sunlight refracting on a mirror.

Londoner’s are also urged to ensure they use barbecues safely and not to barbecue indoors, on roofs or on balconies as Brigade figures reveal firefighters have attended nine barbecue figures in the last two weeks.

Hidden dangers of a London heatwave revealed by Brigade

With temperatures in the capital set to rise this week, firefighters are urging Londoners to remain vigilant to the risks of fire while they enjoy the sunshine

Grass fires warning from the Brigade

The Brigade calls for vigilance in the hot weather