Her Majesty’s Inspectorate of Constabulary and Fire & Rescue Services (HMICFRS) inspected the Brigade's response to the pandemic and found that we were quick to review our plans, staff wellbeing was a priority and were swift to work with others, while the Brigade continued to “satisfy its core statutory functions”.

Since the start of Covid-19, the Brigade has been ready and willing to respond and this favourable letter published by HMICFRS today says inspectors were impressed with the our preparedness for the pandemic.

Over the past ten months, the Brigade has not only fulfilled its core functions, skilled staff have stepped up and helped their local communities in many other ways. Firefighters have been delivering food and medicine to vulnerable residents, distributed over 20 million items of Personal Protection Equipment and helped make over 40,000 face shields for hospital staff.

Firefighters have volunteered to drive ambulances

These efforts have been recognised within the letter from HMICFRS, which noted that the Brigade ‘adapted quickly to the new ways of working.’ The letter adds ‘This meant the Brigade could respond to emergencies and take on a greater role in the community by supporting other blue light services and partner agencies.’ 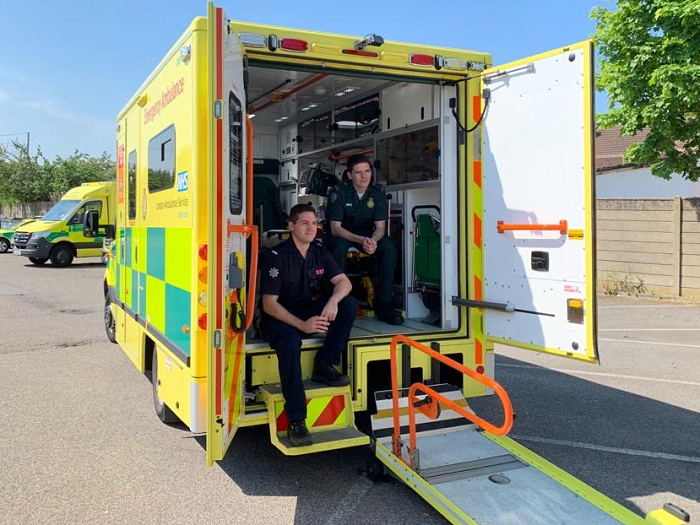 Staff recognised by this inspection

Deputy Commissioner Richard Mills, said: “Throughout the pandemic Brigade staff have worked tirelessly to carry out their normal roles and it was no surprise to see so many volunteer to take on additional tasks to help their communities.

“Just like other organisations we acted quickly and changed our ways of working to make sure our staff were supported and able to carry out their roles, enabling them to continue to serve Londoners. We took immediate steps to make sure all necessary safety precautions were taken to prevent further spread of the virus.

“It makes me very proud to see the efforts of our staff recognised by this inspection. We train our staff to be prepared for anything and throughout the pandemic they have truly shown how ready, willing and able they are to help communities.”

It wasn’t only the operational efforts that were recognised in the inspection, the Brigade’s continuity plans, changes implemented by Control staff, remote working practices and even how the Brigade communicated messages to staff and the public were all recognised by the inspection.

Deputy Mayor for Fire and Resilience, Fiona Twycross, said: “I’m really proud that the London Fire Brigade has once again stepped up to support Londoners and our city at a time of crisis.

“We have seen our firefighters continue to respond swiftly to incidents across the capital, as well as providing much needed support for our most vulnerable communities, including delivering food and goods.

“Firefighters have also supported the response to the pandemic by distributing PPE where it has been needed most. Hundreds have volunteered to drive ambulances to help the London Ambulance Service during one of the busiest times in its history and support the work of dealing with COVID deaths in the community.

“I’m pleased the report acknowledges the hard work and dedication of the London Fire Brigade and I would like to thank them on behalf of all Londoners for everything they continue to do to keep us safe.”

Our Transformation Delivery Plan sets out the Brigade’s short, medium and long-term priorities for change.