London Fire Brigade today celebrates International Women In Engineering Day 2020 with a call to women engineers, full or part-qualified, as well as women and girls interested in engineering, to join us.

#INWED20 is an international campaign to raise the profile of women in engineering and increase awareness among women and girls of ways they can build an engineering career. At the Brigade, we offer a varied, exciting career to girls and women who want to work at the intersection of public service and engineering, in one of the world’s great capital cities.

As well as running a volunteer cadet force providing an early route into fire engineering for girls at school, college or university, the Brigade employs six women engineers who are either qualified or studying for fire engineering qualifications with the Brigade’s support.

Lynsey works alongside Fire Engineer Collette O’Hara and Sophie Simpson, who is being sponsored by the Brigade to retrain as a Fire Engineer using her background in chemical engineering.

The Fire Engineering Group provides a skilled, experienced, independent fire service viewpoint to organisations and building designers on fire engineering solutions and complex fire safety strategies, keeping building occupants safe and planning in the needs of firefighters, should they need to enter.

In 2018, the Group became part of the Brigade's team advising on fire safety and design on major public infrastructure projects, including on London Underground’s Northern Line extension, Crossrail, HS2, and ongoing involvement with Heathrow and City airports. 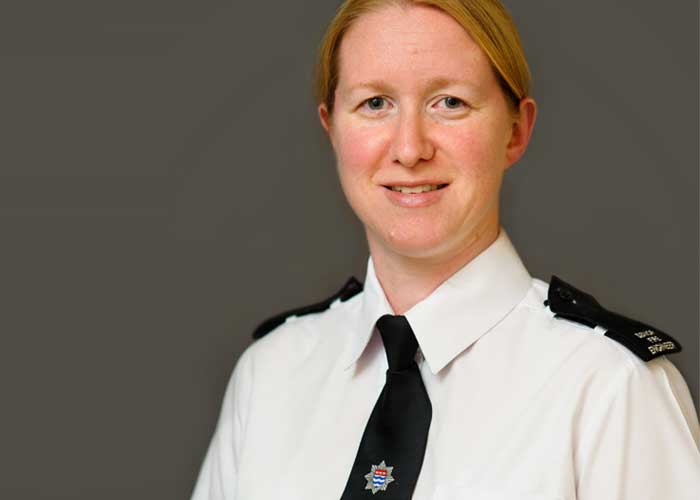 Lynsey regularly speaks at recruitment events and recently won a prestigious award for her tireless work encouraging women and girls into fire engineering. She is part of STEM Squad, an informal group inside the Brigade working to reach women and girls who might consider the fire service as a career. The group comprises the Brigade’s female colleagues with Science, Technology, Engineering and Mathematics expertise, from backgrounds including civil engineering, satellite technology, the Army and Royal Air Force, and battery technology.

“From the age of around seven or eight, I decided that I either wanted to join the Army or become an engineer,” Lynsey recently told Fire Magazine’s June 2020 issue of her career choice. “These potential careers caused a raising of eyebrows amongst my teachers and peer group due these being traditionally male-dominated roles. I often felt that I was going against a tide of opinion, and I found this quite challenging at an age when you tend to want to fit in.”

“When I left university, I wasn’t sure what I wanted to do. I had studied engineering but I didn’t want to work in a lab,” says Fire Engineer Sophie Simpson. “I saw fire engineering as a way of helping people without being a firefighter. If you want to study a degree in engineering, you shouldn’t be put off by the fact that it’s seen as a male degree.”

Lynsey will be recruiting graduates, engineers and a senior Fire Engineer to the Group in the coming months, encouraging anyone who feels this fits their interests to get in touch. “As engineers, our main drive is solving problems, looking at new, innovative ways of delivering our role,” says Lynsey. “A diverse team not only makes for a better performing team. Having people from different backgrounds with varying experiences allows a wider diversity of thought and approach.”

Find out about our engineering group's Joint Head Lynsey Seal.

What’s stopping you from joining a world class fire service and helping us keep London safe?