Getting on like a house on fire? Make sure you follow our fire safety tips this Valentine’s Day

Getting on like a house on fire? Make sure you follow our fire safety tips this Valentine’s Day

Let sparks fly this Valentine’s Day, but not in your house.

Valentine’s Day is a time of year when many of us pull out all the stops to impress our dates, but when romantic candles are coupled up with glasses of wine, the fire risks increase. Last year, there were 356 alcohol related fires and 202 fires started by candles, so we're asking you not to put romance ahead of safety and to take care this Valentine’s Day.

We asked the public to open up about their date night plans which got a little bit too hot to handle.

"As a retired LFB Firefighter, I have two memorable Valentine’s candle stories. I had a call to a kitchen fire. After putting it out, we found that a guy planned a romantic evening with his girlfriend and ran her a bath with tea lights all around the bath edge. After the couple had moved to the bedroom, the tea lights melted through the plastic bath and lit debris under the bath which, with the bath, fell through to the kitchen. It destroyed the kitchen, but luckily the door was shut which contained the fire to one room. They survived. On another occasion a couple had retreated to the bedroom leaving candles lit in the lounge which set light to the curtains. The fire destroyed the ground floor and left them dangling from the rear bedroom window."

"On our first date, doing my best to make a good impression, I managed to set the menu alight from a tea light on the table. Ten years on, six of those married, I still get the micky taken out of me." 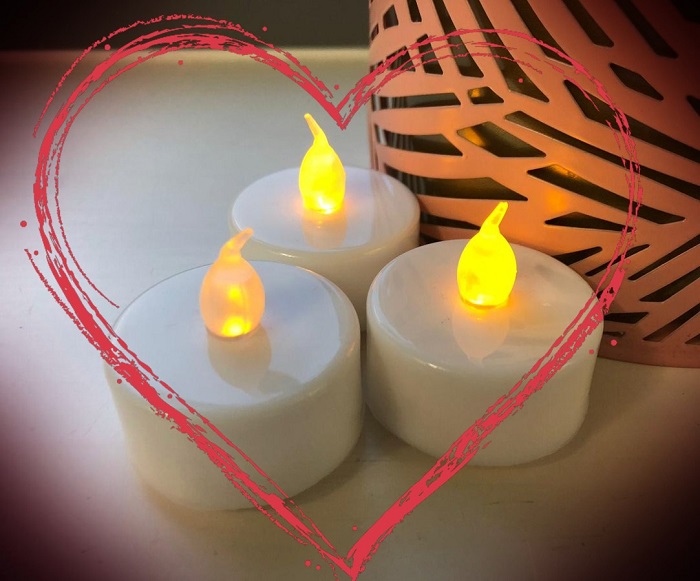 "When I was at University, we had gone to a Valentine’s Day party. When we came back someone in the next kitchen along from mine in our halls of residence put a pizza in the microwave. They went back to their room and the fire alarm was set off. Turns out the pizza had turned completely into charcoal, it was lucky it didn't go up in flames"

“I was on a date in a restaurant looking at the menu, when the woman I was seeing said “can you smell burning?” I said “Yeah I can actually”… only to notice I was holding my menu over the candle they had on the table too closely!”

“On my first date with a firefighter… my cat decided to walk across the candles that I had lit on the windowsill and set fire to the fur on his belly. The cat was fine but the smell was nasty. He did not help with the romantic mood that I was trying to create.”

"A storage unit and four commercial waste bins were damaged by a fire. The waste bin contained roses that had been thrown away, but fortunately it was Valentine's Day the week before. Only unsold roses and broken hearts were involved."

"Candles have always been seen as romantic, but they are also one of the most common causes of fires in the home. Using battery-powered tea lights hugely reduces the risk of an accidental fire, but if you do want to use wax candles, make sure you use a proper, non combustible candle holder and never leave them unattended.

"However you decide to spend the day, if you are having a few drinks it is always safer not to cook. Three quarters of alcohol related fires are caused by cooking under the influence, so use this time to treat yourself to a takeaway or a romantic meal out.

"And from everyone at London Fire Brigade, happy Valentine’s Day."

Here are our firefighters' top tips to keep you safe... 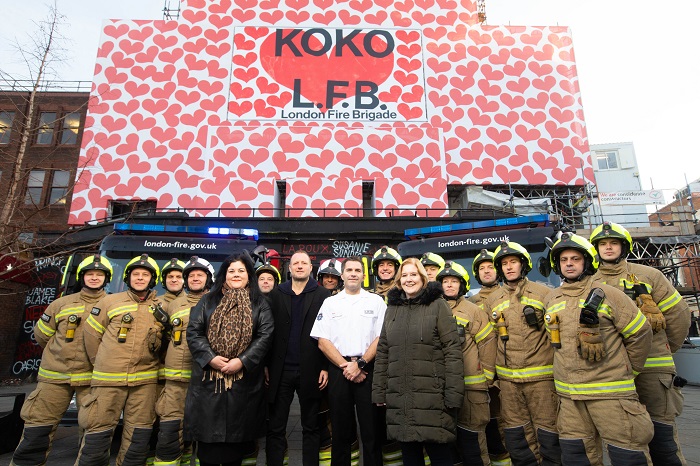 Also today, KOKO Nightclub is showing love for London Fire Brigade by unveiling a large banner thanking firefighters for their efforts at the blaze at the venue last month.