Five young Londoners have been appointed as the UK's first Fire Cadet Ambassadors during Volunteers' Week.

Their responsibilities include spreading fire safety advice and encouraging more women and people from different communities across London to consider firefighting as a career.

After a rigorous selection process and interviews in front of some of the Brigade's most senior members of staff, Tiernan Routledge (AC), Megan Munns (DAC), Adam Toy (DAC), Holly Lucas (BC) and Blaine Day (BC) were appointed to the positions. 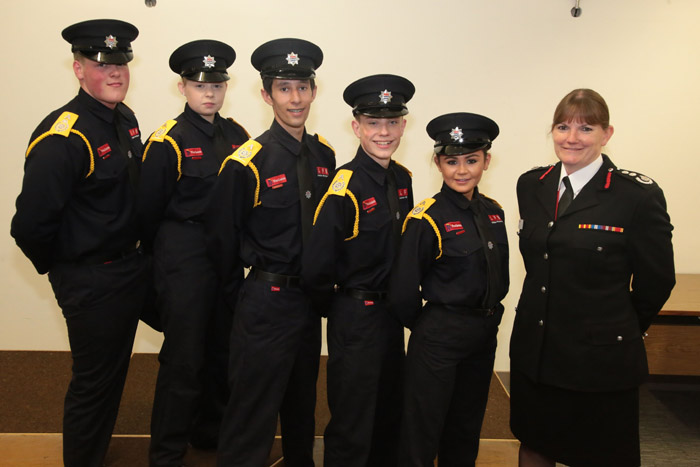 As well as representing the Brigade at events, the ambassadors will be tasked with promoting firefighting as a career to young women and young people in black and ethnic minority groups.

Currently around 40 per cent of young people on the Brigade's Fire Cadet scheme are women, while only 7 per cent of London firefighters are women.

The five successful cadets were handed certificates, caps and new epaulettes for their uniform to reflect their ranks at a presentation ceremony at the Brigade's headquarters this week.

The presentation was carried out by London Fire Commissioner Dany Cotton who said: "I am immensely proud of how much we have achieved with our Fire Cadets. The inspirational young people appointed as our ambassadors have made history and will be incredibly important in how we shape the future of the Brigade.

"These remarkable young people can help us reach out to people who may not have considered firefighting as a career. 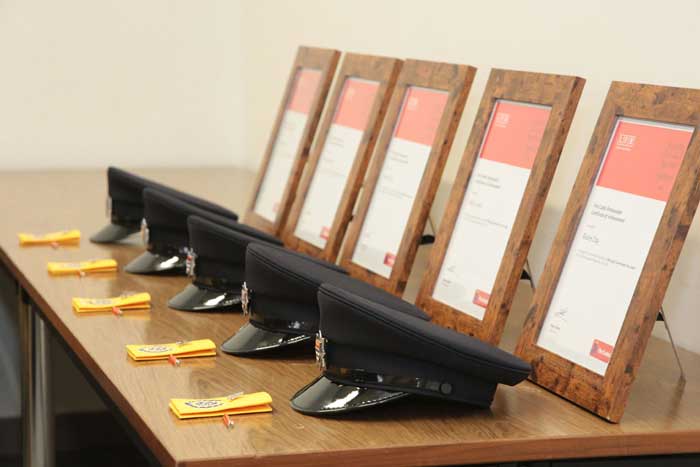 "Modern firefighting is about more than fighting fires, it is about working with the community to help prevent them from starting in the first place.

"That community work is made a lot easier if our work force better reflects the city we serve and the cadets are a key part of that process."

Last year, the Brigade launched the Safer Together strategy, an ambitious 10-year inclusion strategy that aims to make London Fire Brigade the most diverse and inclusive fire service in the country.

Tiernan, 17, who attends the Haringey cadet unit and hopes to take up a career as a firefighter in the future, said he was delighted to have been appointed as the Fire Cadets' Assistant Commissioner Ambassador.

'Confidence has just kept on growing'

Tiernan's involvement with the Brigade began four years ago when he recommended to take part in a LIFE course following the death of his father.

He said: "After my dad died, my confidence dropped at school and one of my teachers told me about the LIFE course and said I would be a really good fit for it.

"I enrolled on the course and it just gave me such a huge confidence boost. I then went on and joined the Fire Cadets and my confidence has just kept on growing.

"London Fire Brigade has done so much for me that I wanted to do something that would allow me to give back to them and represent them at meetings and inspire young cadets, which is why I applied for an ambassador role. 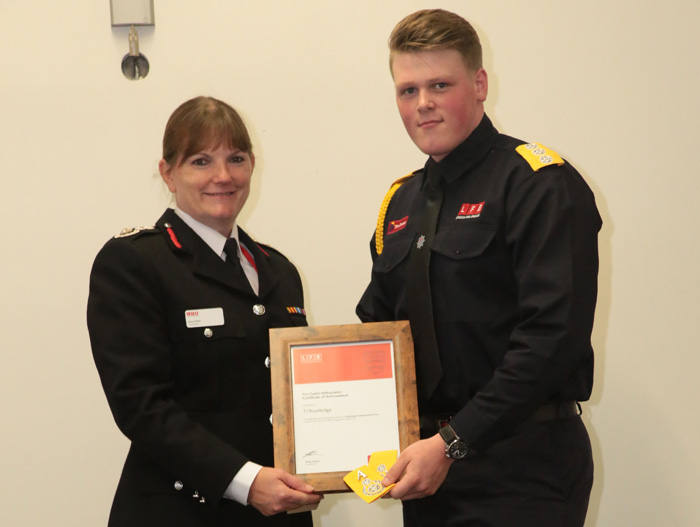 "When I found out I had become the Assistant Commissioner, I was in a bit of a state of disbelief because it was such tough competition and all the other applicants were more than worthy of the role.

"I am incredibly grateful to London Fire Brigade for everything they have done for me."