Firefighters get into festive spirit to support local communities

Firefighters get into festive spirit to support local communities

London’s firefighters have been getting into the festive spirit to support their local communities this Christmas party season.

Our crews are a big part of the communities they serve, and the relationships they have with residents, groups and organisations local to them shows that being a firefighter is about so much more than tackling fires.

Throughout the festive period, hundreds of people have been invited along to various events which have been staged by our crews.

From carol concerts and Christmas lunches for vulnerable elderly people to present drops at hospitals and festive afternoon teas – there has been something for everyone across London this year.

Many of the events have been held for lonely people who would otherwise be spending the festive period alone.

Statistics show that people who are vulnerable and live alone are more at risk of being in a fire. 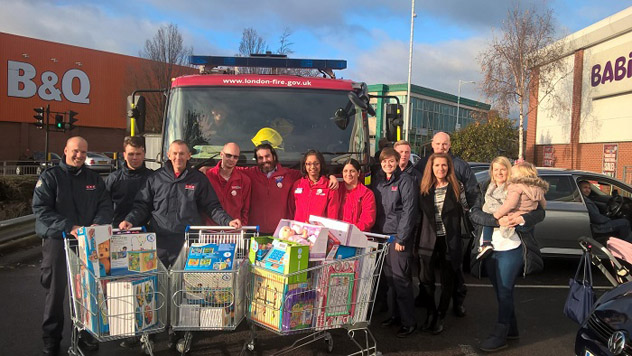 Our figures show that last year, two thirds of those who died in accidental fires lived alone, over a third had mental health issues and half who died from fire were over 70.

Those who have visited fire stations this Christmas have had the chance to meet new people and many enjoyed food cooked by their local crews.

It also gave crews a chance to talk to them about fire safety, making sure they have fire alarms fitted at home and have an escape plan in the event of a fire.

Guests also had the opportunity to book one of the Brigade’s home fire safety visits which anyone can do, free of charge, on our website. 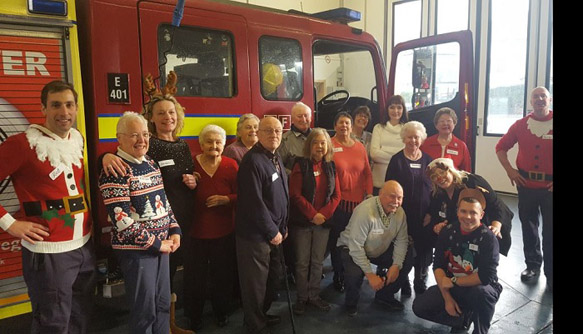 Firefighters across the city have worked hard to support their communities this year. Here are some of examples of what’s been going on:

• Hillingdon fire station hosted an afternoon tea and a carol concert, which the Salvation Army band provided the music for.

• Firefighters from Forest Hill helped out at a Lewisham foodbank by putting up their Christmas decorations. They have a collection box to support them all year.

• Euston firefighters cooked a Christmas dinner for a group of visitors from North London Cares. They were also given a tour of the station and watched a road traffic collision demo.

• Firefighters from Ilford raised £500 and carried out a trolley dash at Toys R Us. They then delivered the toys to the children’s ward at King George Hospital in Redbridge.

• Crews at Heston fire station opened the doors for 50 elderly people and cooked them a Christmas dinner as part of Contact the Elderly’s Be Our Guest campaign.

• The Salvation Army band provided the entertainment for 150 guests at Chingford fire station’s Christmas party. Children from the Chingford Foundation sang happy birthday to 95-year-old Dolly who had come along to the party.

This is just a snapshot of the community work Brigade crews have been undertaking over the last few weeks and dozens more firefighters will be spending Christmas Day giving presents to children at hospitals across London.

London Fire Brigade’s Assistant Commissioner for Fire Stations, Andy Roe, said: “Being a firefighter is about being part of the community you serve and our crews enjoy getting involved throughout the year.

“There are so many people who spend a lot of time on their own, so Christmas is a time when it’s especially nice to welcome them into our stations.”