We’re reissuing our hoverboard fire warning after a girl died in a blaze in Pennslyvania, USA thought to be the first death in the US as a result from a blaze caused by the battery operated toy.

The blaze, which began before 2000 on Friday in Harrisburg. The girl's father and a teenage boy were both treated for smoke inhalation and released shortly thereafter, and two other girls who had been in the house remain in critical condition according to CNN

Major safety concerns have been raised about the batteries, plugs, cables and chargers within some of the hoverboards on sale. Since October 2015 the Brigade have attended eight fires caused by hoverboards. 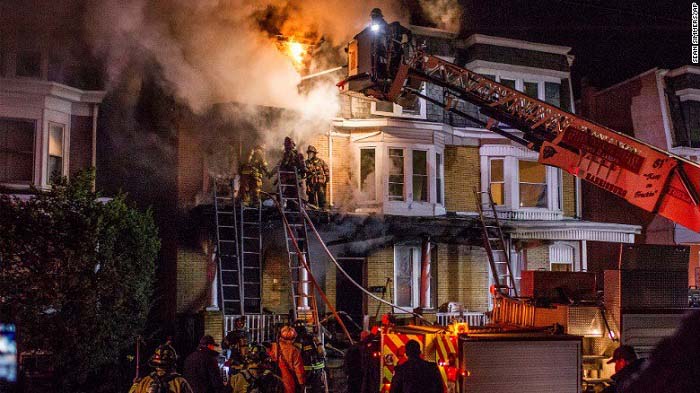 A 3-year-old girl died over the weekend in a fire ignited by a recharging self-balancing scooter in her Harrisburg, Pennsylvania, home

'Could be unsafe and pose a fire risk'

Charlie Pugsley, Head of Fire Investigation at the Brigade, said:

"Hoverboards might be the 'must –have' present but we have serious concerns that some products on sale which are non compliant, could be unsafe and pose a fire risk.

"If you already own a hoverboard or are going to buy one as a present never leave it charging unattended and do not charge it overnight.

"It's also important to ensure your home is fitted with a working smoke alarm on every level of your home and the safest option is to have those linked together.

This will give the earliest warning if there is a fire in your home."

In October 2015, two men were lucky to escape alive from a fire at a house in Morden that started while a hoverboard was on charge.

The men escaped via a first floor window after being alerted to the blaze by a ‘banging’ noise and were lucky to have not have suffered serious injury.