New figures haved revealed there is, on average, nearly one fire a day in the capital involving white goods such as dishwashers, washing machines, tumble dryers, fridges and freezers.

In 90 per cent of cases, the cause was a fault in the appliance or its electrical supply rather than human behaviour.

Our figures also show that despite a substantial reduction in fires in the home over recent years - 13 per cent between 2011 and 2015 - the number of blazes involving white goods has dropped just five per cent during the same period.

To reduce the fire risk posed by faulty white goods, we are now urging the Government to act on a recommendation, made by consumer champion Lynn Faulds Wood, to introduce one single, publicly accessible register of recalled products.

Currently consumers rely on a variety of databases, manufacturers' websites and media publicity, making it difficult to find out if any of the electrical appliances they own are a potential death trap.

Our own fire investigation team have discovered potentially lethal electrical appliances being sold in second-hand shops in the capital, even though they are subject to a recall.

Single public register would save lives

Our Director of Operations Dave Brown said: "While recent years have seen fires in the home steadily falling, fires caused by electrical goods are falling at a much slower rate.

"We strongly believe a single, publicly accessible register of recalled goods would make all the difference.

"Consumers, landlords and second hand retailers would be able to quickly identify faulty appliances and find safety and recall information which could ultimately save lives.

"We would like the Government to act on the recommendations made by Lynn Faulds Wood and make it as easy as possible for consumers to check they are not being put at risk by a faulty white goods time bomb." 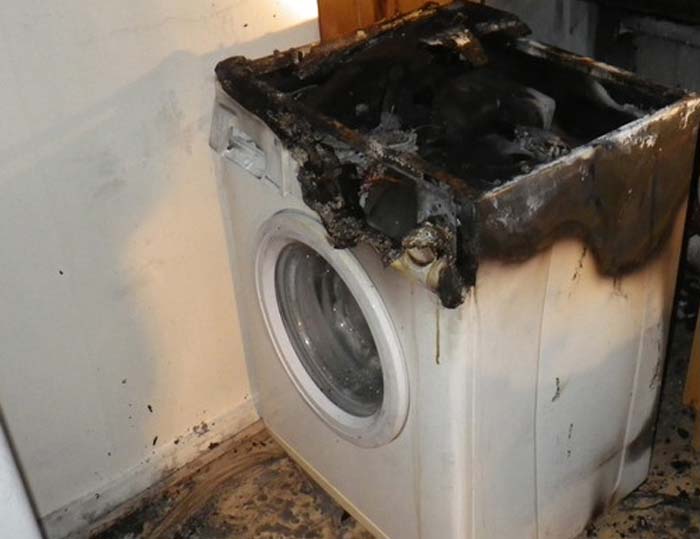 As well as a single recall database for consumers and manufacturers, we are also calling for:

What you can do now to safeguard against faulty appliance fires

In the meantime there are steps that people can take immediately to guard against fire in faulty electrical appliances: