Almost one in three (32%) Brits would continue to use white goods such as fridge freezers even if they started making strange noises, which could be a sign of a malfunction and a dangerous fire risk.

Broken white goods are especially dangerous because they are made of flammable materials that can easily combust when a faulty part overheats.

The new YouGov figures have been released as a part of Total Recalls, our new campaign to ensure the public are better protected from potentially lethal faulty white goods.

Improving the system around recalling electrical goods is a key way of ensuring these dangerous appliances are removed from homes across the UK.

Nearly one fire a day in London involves white goods.

Our Total Recalls campaign is calling on the government and manufacturers to implement a number of changes to make white goods safer.

Lack of awareness about potential dangers

Assistant Commissioner for Fire Safety Dan Daly said: "One of the worst London house fires in recent memory, where six people were killed, was caused by a chest freezer.

"Fridge Freezers are normally perfectly safe but if they develop a serious fault, they could catch fire which could then lead to a lethal blaze.

"We believe that there is a serious lack of awareness about the potential dangers posed by faulty white goods.

"Checking whether your kitchen appliances are on the recall list is so important that it should be simple, but it's not.

"Different manufacturers have different systems and our survey found many people don't know how to make this simple safety check that could save their life."

The survey also found that 70% of people had never checked whether their white goods were the subject of a product recall and more than a quarter (27%) of those said they hadn't checked because they wouldn't know where to find the information.

We are also calling for manufacturers to step up and improve the fire resistance of their products. 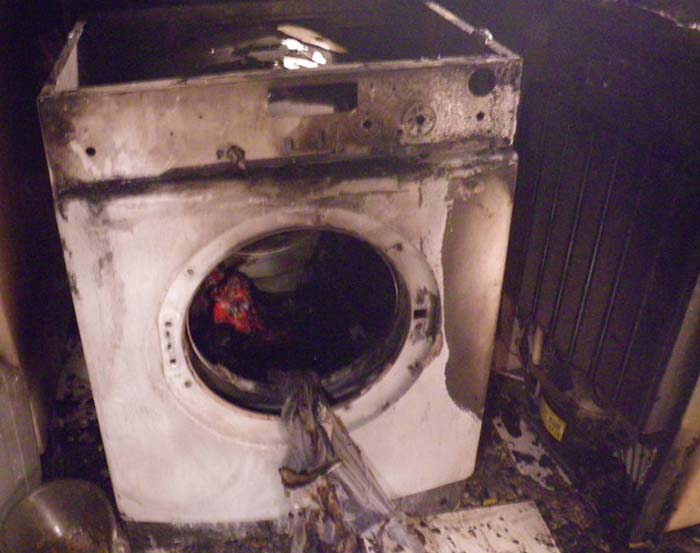 Dan Daly continued: "Simple things like having a metal back instead of a plastic back on a freezer can really make a difference to how quickly a fire spreads.

"White goods manufacturers are lagging behind when it comes to prioritising fire resistance in their designs.

"In recent years, fires in the home have decreased by 13 percent but the number of blazes involving white goods in the capital dropped just five per cent."