As we celebrate our 150th anniversary, the Brigade is making history by having the first mother and daughter to serve as firefighters at the same time.

Katie Holloway, 22, has just joined Tooting Fire Station - the same station her mother, Station Manager Sally Harper, was first posted to when she passed out as a firefighter back in 1988.

When Sally joined there were only seven serving women firefighters in the whole of London compared to over 300 across the capital today.

Same station but so different

The Brigade has changed a lot over the 28 years as Sally explains: "Katie may have joined the same station as me but it has changed so much since the late '80s.

"My locker was in a cupboard, which I had to go through the men's changing rooms to access.

"After giving birth to my first daughter, Joanne, I was the first firefighter to come back to station after having a baby and attitudes towards women in the fire service were sometimes very challenging.

"It's so heartening to hear Katie's experience has been completely different and that everyone has welcomed her on the watch and been so supportive." 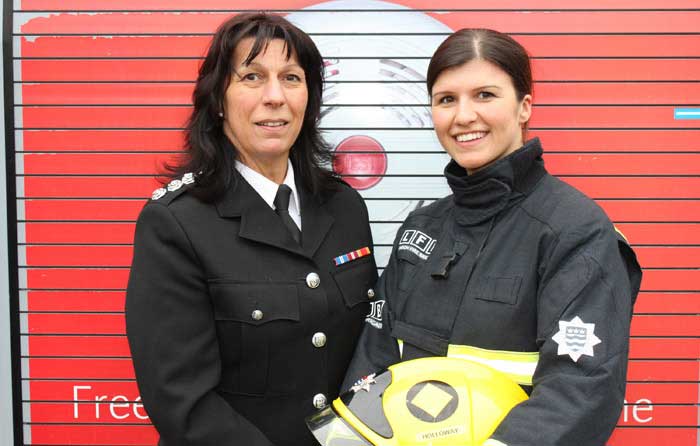 Women firefighters were also a shock to the public, who at the time saw firefighting as a very male orientated job.

Sally recalls: "I've been a firefighter for the whole of Katie's life so it's always been normal for her to see me in this role and understand shift work which means we sometimes miss Christmas or birthdays.

"When Katie was at play school she once pretended to be the driver and the teacher asked 'what are you driving?' She said 'I'm driving a fire engine like my mum'.

"The teacher tried to correct her and said 'don't you mean your dad?' and Katie came straight back with 'No! Like my mum.'"

Now approaching retirement, Sally admits it will be hard to leave the job.

She said: "I love my job so much and it will be difficult to leave. But I'm so proud of the achievements we've all made in making the fire service a much better environment for women to work in.

"Another highlight of my career was being involved in setting up the Juvenile Fire Intervention Scheme, which helps children who demonstrate a dangerous fascination with fire.

"Being a woman firefighter you become a role model for the next generation and I'm so pleased that Katie is following in my footsteps."

Immensely proud of my mum

Katie has just completed her first full tour of duty and was thrown straight in at the deep end.

She said: "We had a bin fire, six minutes into my first shift and dealt with incidents from the recent storm named after me.

"We've also carried out home fire safety visits and done lots of training so it's been full on but everyone has been so lovely and made me feel at home. 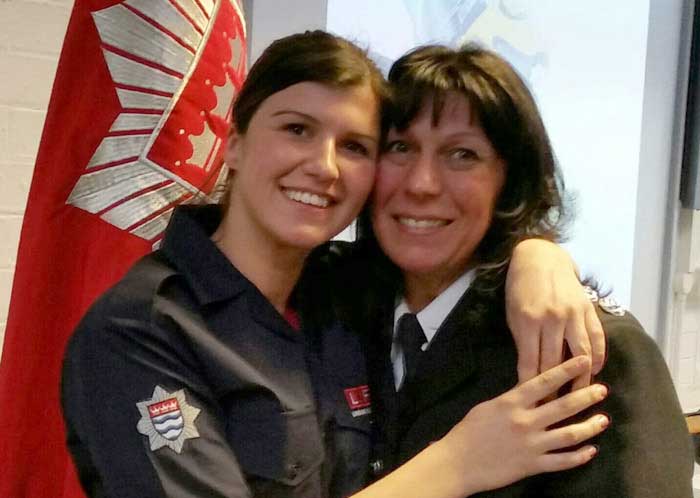 "I'm immensely proud of the work my mum and others have done for women in the fire service, which makes it a completely different experience to when she joined."

"The achievement is extra special as it comes when we celebrate our 150th anniversary.

"Sally is a fantastic role model and has done so much to change attitudes towards women in the fire service.

"I wish Katie every success in her career and will be sad to see Sally retire later this year."

Read more about our 150th anniversary