Located on the same Rainham Road North site, the brand new building replaces the old station and will provide firefighters with modern facilities that meet the demands of a 21st century fire and rescue service.

It includes four larger appliance bays which are better able to accommodate the Brigade's latest vehicles, a six storey drill tower for training, offices and meeting rooms, a gym, lecture and quiet study rooms and a kitchen and dining area for firefighters.

There are separate shower, changing and resting areas that can be modified to accommodate the different male to female ratio on each watch.

The rebuilt station also includes areas the public can visit to access important fire safety information, as well as a community meeting room which will be available for bookings.

There is also a designated area for the delivery of the Brigade's LIFE and Fire Cadet courses for young people.

One of nine fire stations set to be rebuilt

The construction project was part of the Brigade's on-going Private Finance Initiative (PFI) programme that will eventually see nine of London's fire stations  coming to the end of their life-span replaced by brand new buildings.

Building work on the new Dagenham station began in November 2014 and was carried out by the Brigade's PFI delivery partner Blue3 (a Kier led consortium).

During the construction phase of the project Dagenham's firefighters and appliances operated out of Barking, Harold Hill and Romford fire stations. 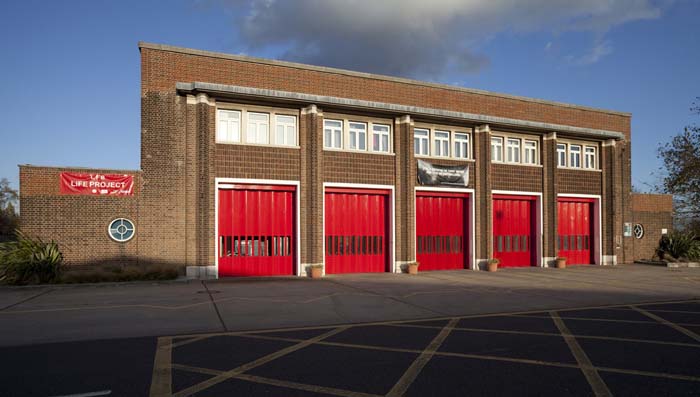 Barking and Dagenham Borough Commander Steve Norman, said: "This brand new fire station is good news for our firefighters and good news for the local community.

"The previous station had served the community well for many years but was coming to the end of its working life and no longer met the demands of a modern fire and rescue service.

"This fantastic new station provides us with facilities fit for the 21st century and reinforces our commitment to providing the best possible fire service to the people of Barking and Dagenham and to London as a whole.”

The design of the new fire station meets the highest environmental standards, as well as providing a high level of natural light, the building draws energy for power and heating from renewable sources including a combined heat and power unit and solar panels. 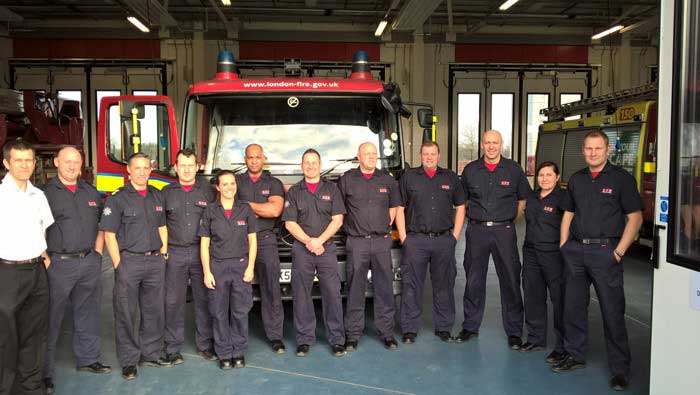 Dagenham is the first fire station in the second phase of the rebuilding programme to be completed, with Dockhead, Leytonstone, Purley and Shadwell stations also set to be revamped in the next 12 months.

Stations completed in the first phase of the programme and which are now operating are Mitcham, Old Kent Road, Plaistow and Orpington.