Fire deaths cut in half

Fire deaths cut in half

Fire deaths in the capital have been cut in half over the last five years, according to new figures released.

In the last year alone, the number of fatalities has come down by 30 per cent but fire chiefs are warning Londoners not to become complacent about their safety. The statistics also show recorded fires have fallen over time. 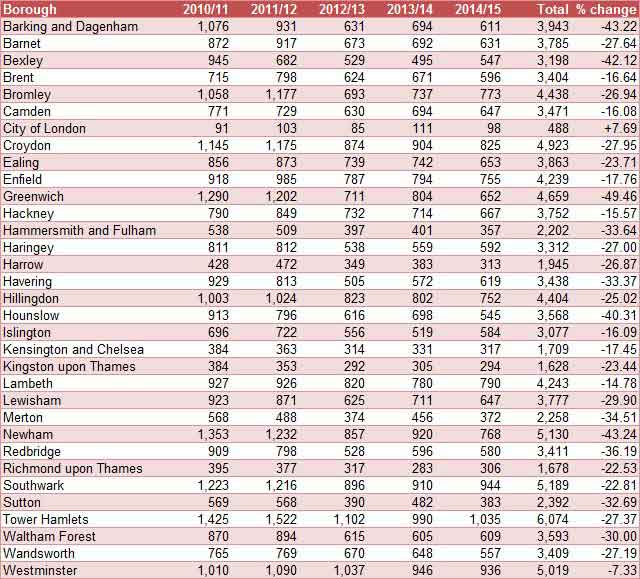 'A credit to firefighters'

Commissioner Ron Dobson said: "Halving fire deaths over five years, and for recorded fires to be at their lowest since records began, is a fantastic achievement.

"Fire stations and fire engines do not stop fires happening; proactive prevention work and a vigilant population does. The figures are a credit to firefighters, fire engineers, fire investigators, community safety specialists and many other staff who have made huge progress in educating people about the importance of fire safety.

"Every fire death is a tragedy and we will never become complacent as so many could have been avoided and we will continue to target those most at risk to further reduce the impacts of fire in the capital.

"Last year, we visited 87,000 homes in London to undertake home fire safety visits. It's this grassroots work to target those most at risk from fire that has helped make London safer than ever."

The Brigade said that part of the reduction in fires is down to targeting those most at risk from fire. Firefighters increased the number of home fire safety visits they made in 2014/15 by 3,000 on the previous year and they are more targeted than ever before. Of the near 87,000 visits carried out, the vast majority were to the capital's most vulnerable. 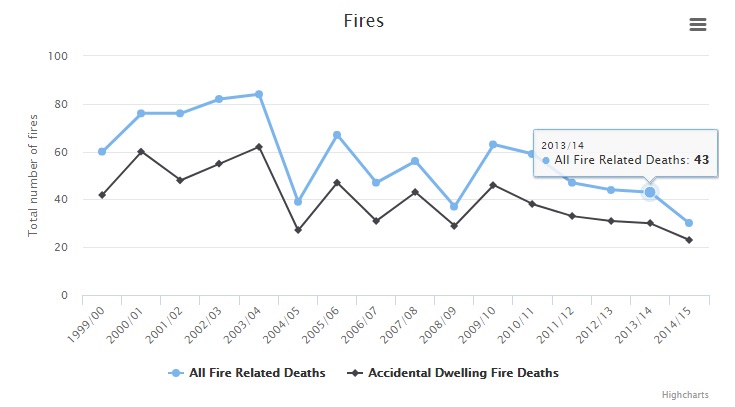 A previous Brigade report estimated that 5,000 fires had been prevented by firefighters carrying out home fire safety visits, with vulnerable people being 18 times less likely to have a fire if they receive a visit.

Other statistics show in the last five years that:

These new figures are the first yearly statistics to be released since the closure of 10 fire stations and the removal of 14 fire engines in January 2014. 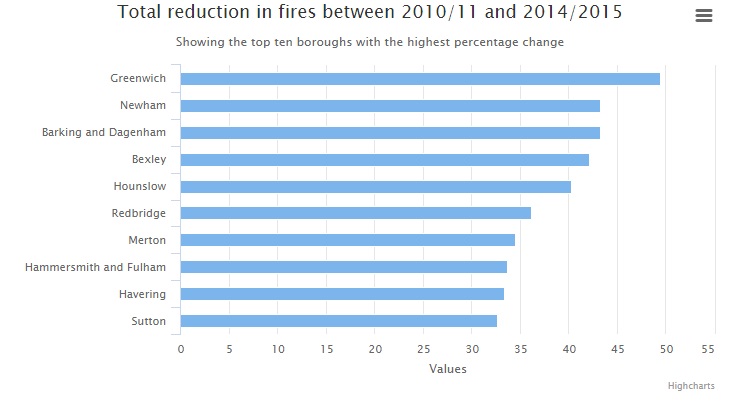 The average time it takes for the first fire engine to arrive at an incident has increased by nine seconds to 5:32, with the arrival time for the second engine increasing by eight seconds to 6:54.

*The total number of fires fell to 19,759. The number of blazes across the capital has fallen by over a quarter since 2010 when there were 27,550 fires - around 75 every day. The full data can be found on London Datastore