Fire in hoarder’s home on day of social care summit

Fire in hoarder’s home on day of social care summit

Firefighters tackled a fire in a heavily cluttered home in Shepherds Bush just hours before fire and care professionals held a summit to discuss issues of fires involving vulnerable people.

An elderly man luckily escaped from the property before fire crews arrived. He was suffering from smoke inhalation and taken to hospital by London Ambulance Service crews. Half of the flat was damaged by the blaze.

“Thankfully the resident had a working smoke alarm which alerted him to the fire. Without the smoke alarm sounding it could have been a lot worse as the level of hoarding inside the flat could have made it difficult to get out of the smoke filled property had the fire developed further.

“Blazes in cluttered homes can spread like wildfire, putting those who live in them at serious risk of injury or worse and potentially endangering our firefighters who go to tackle them.” 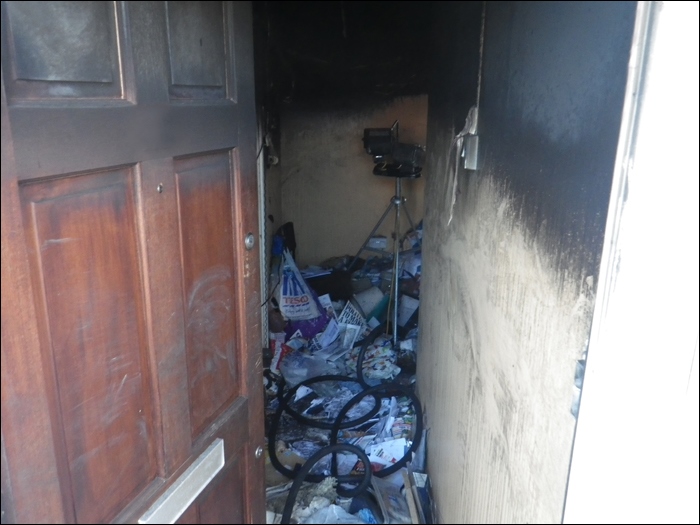 The seminar hosted at London Fire Brigade headquarters brought together the UK’s key care and fire professionals to find solutions to a growing problem. New figures show that a third of people who died in accidental fires in London last year were receiving care services.

Last week the Brigade released a video showing the devastating effects of a fire in a hoarders’ home. The film illustrates how quickly a fire can take hold in these conditions. Firefighters tackle two fires a week in hoarders homes and nearly 20 fire deaths in the past three years have had hoarding as a factor.

The Brigade was called to the fire on Australia Road at 0534 and the fire was under control at 0653. Fire crews from Hammersmith fire station attended the scene. The cause of the fire is under investigation.

Sometimes people like to collect and hoard things in their home, leading to an increased risk of fire

If you care for someone vulnerable, here's how to make sure their fire alarm system is up to the job