The London Fire Brigade highlighted concerns over the safety of e-cigarettes today, following a fire which fire investigators believe was caused by an exploding e-cigarette at the weekend.

The Brigade was called to the fire which was in a flat in Barking in east London on Saturday afternoon. Four fire engines and over 20 firefighters attended and crews wearing breathing apparatus rescued a woman from the ground floor flat. She was suffering from smoke inhalation and shock and was taken to hospital by ambulance.

The blaze follows an incident in Manchester where a woman sustained burns after apparently lighting an e-cig whilst attached to an oxygen cylinder in hospital.

The London incident is the first fire the Brigade Fire Investigation Team have  been called to involving an e-cig. Fire investigators believe the fire was caused by an incompatible charger being used to charge the cigarette. 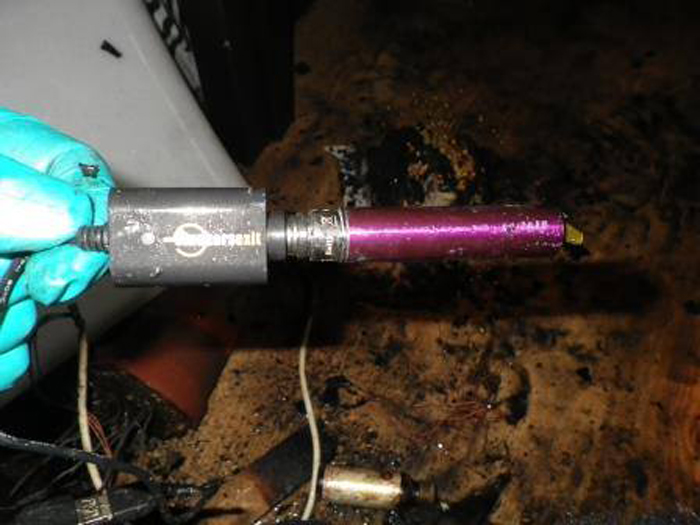 “People assume e-cigarettes are much safer than ordinary cigarettes, and in most cases they are.

“The danger is that people sometimes use incorrect chargers which runs the risk of over-charging, which can potentially have explosive results. We are calling on e-cig retailers to ensure they are selling the correct chargers for the cigarettes.

“As with all rechargeable electrical equipment, it’s vitally important that people use the correct type of charger for their e-cigs to prevent fires which can be serious and could even result in death.”

The Brigade said that people should never leave items like e-cigarettes on charge over night or when they’re sleeping.

The Brigade also highlighted safety concerns over people lighting cigarettes when using oxygen cylinders for lung conditions. It said people should never smoke or use naked flames near oxygen equipment as cylinders can explode when exposed to heat.