London Fire Brigade has now opened a Fire Cadets unit in all 32 London boroughs and the City of London.

Having received £1.1 million of funding through the Mayor’s Young Londoners Fund in 2019, the Fire Cadets team began work to expand their existing 18 units across the capital and have now virtually launched a further 15 Fire Cadets units. The new units will provide more young people with the opportunity to join the programme and the ability to access a cadet unit in their local area.

Despite the challenges that Covid-19 has presented, over 100 brand new fire cadets have already joined since January and numbers are increasing weekly. They have become the first to undergo a newly adapted virtual interview process and complete an induction at their virtual unit using their digital Fire Cadets Award workbooks. 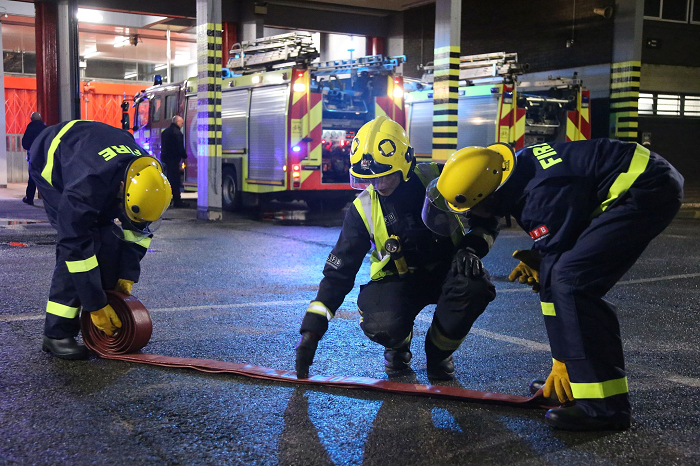 Fire Cadets offers young people (age 14-17) the opportunity to develop personal and employability skills and gain a nationally recognised BTEC Level 2 qualification in Fire and Rescue Services in the Community. Young people can make friends, build their confidence and, if they want to, follow a structured promotion path to take on greater responsibility at their units as Officer Cadets after their first year. With lots of young people aspiring to a career within the Brigade, the Cadets central team has also begun work to create a pathway into employment for young people, with many previous cadets having already joined the Brigade as firefighters, Control Officers and non-operational fire and rescue service staff.

Alongside this, the central Fire Cadets team has used virtual methods to recruit, interview, and train over 250 adult Volunteer Cadet Instructors from within local communities since March last year to support delivery at each Fire Cadets unit. A new volunteer leadership programme has also been developed, which will facilitate the progression of adult volunteers into leadership roles within Fire Cadets.

We look forward to welcoming our fire cadets back

The Brigade’s Deputy Commissioner, Richard Mills, said: “There have been many challenges along the way, but we are pleased to say that we have now opened a Fire Cadets unit in every London borough.

“This is an incredible achievement, and I am very proud of the work our central Fire Cadets team and our Volunteer Cadet Instructors have put in to make this possible. The team has gone above and beyond to adapt and continue to deliver a programme for our cadets virtually, as well as continuing to support communities in any way that they can.

“We look forward to welcoming all of our fire cadets back onto fire stations soon.”

A fantastic achievement despite the pandemic

Dr Fiona Twycross, Deputy Mayor for Fire and Resilience, said: “The opening of a Fire Cadets unit in every London borough is a fantastic achievement and especially remarkable considering the challenges the pandemic has presented.

“I am proud that with support from the Mayor through the Young Londoners Fund, hundreds more young people are now able to develop their personal and professional skills in a positive environment where they can gain qualifications, improve their career prospects and help the community.”

If you know a young person aged 14-17 who would be interested in joining us, take a look on our website for more information on how to get involved or email lfbfirecadets@london-fire.gov.uk.