London Fire Brigade is concerned that firefighters could be inundated with callouts to barbecue blazes this Bank Holiday weekend as friends and family reunite in parks and gardens for the first time in months.

Last year, firefighters attended over 50 per cent more fires caused by barbecues than in 2019, which the Brigade believes was due to people spending more time in their gardens because of Coronavirus restrictions. These fires surged in April and May 2020 as the weather got warmer, where barbecues caused over twice as many fires in comparison to the previous year. There is concern that as the weather gets better and Coronavirus restrictions are more relaxed than this time last year, fires could spike this weekend as people enjoy their first barbecue of 2021. 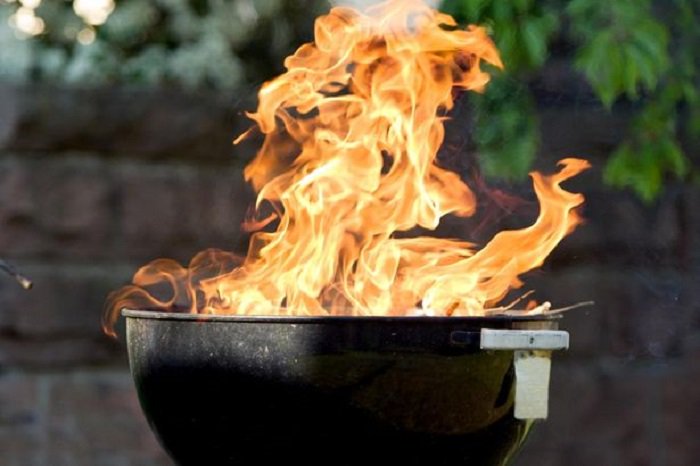 Over 25 per cent of fires caused by barbecues last year involved external structures, which usually means barbecues being placed too close to things like garden sheds and fences. This was a significant increase from just below 10 per cent in 2019. Firefighters are warning Londoners to take care to position their barbecues safely away from anything that could catch fire before they light them.

Earlier this week, a barbecue placed too close to a house caused a fire which destroyed an entire conservatory in Hornchurch.

A surge in sales of barbecues has also added to fears that this weekend will be even busier than usual for firefighters. Before using a gas barbecue for the first time, or if you’re getting out an older barbecue that has been stored over the winter, firefighters recommend taking particular care when changing gas cylinders, always following the manufacturer’s instructions when setting it up and ensuring that gas cylinders are always changed outdoors.

Deputy Assistant Commissioner for Fire Safety, Charlie Pugsley, said: “We know that this Bank Holiday weekend is going to be a long-awaited reunion for many family and friends who are able to meet in groups of six outdoors and will want to have barbecues as pub gardens and restaurants remain closed.

“We want everyone to enjoy themselves but bearing in mind that this will probably be the first barbecue of the year for many of us, you need to take extra care.  If you’re using an old barbecue, check that it’s still in good condition. If you suspect that the barbecue might be damaged or faulty, don’t use it and call a specialist for advice.

“It’s also vital that you place them on level ground, far away from things like sheds, fences or trees and out of the reach of children and pets.”

With people only being able to meet outdoors, there is also a fear that people will look at all avenues to have barbecues with friends and may be tempted to barbecue on balconies. Last July, London Fire Brigade successfully campaigned against the sale of dangerous “balcony barbecues”. This led to one of the world’s largest retailers, Amazon, removing the items from sale.

Deputy Assistant Commissioner Pugsley added: “If you own a barbecue advertised for use on balconies, please don’t use it and contact the company you have purchased it from to raise the issue.

“Please also think twice before barbecuing in parks and public spaces. We’ve worked closely with our partners to limit the possibility of barbecuing in parks because of the dangers of grass fires. Disposable barbecues that have been discarded can cause fires as hot coals smoulder for some time after the flames die down, causing dangerous grass fires.”

If you’re enjoying time outside this weekend, make sure you also clear away bottles and broken glass to avoid them magnifying the sun and starting a fire.

Bonfires can be a fire risk, and the smoke can be a nuisance, so if you do have a bonfire, make sure you follow our safety tips.