Covid-19 frontline firefighters to be commended for work during pandemic

Covid-19 frontline firefighters to be commended for work during pandemic

Firefighters who have been on the frontline of the fight against Coronavirus in the longest sustained operation London Fire Brigade has seen since the Blitz are to be recognised for their work.

Operation Braidwood, which saw firefighters driving ambulances to assist London Ambulance Service and responding to Covid-19 deaths in the community, is the most significant collaboration project London has ever seen.

It has involved the largest deployment of firefighters outside London Fire Brigade and is the longest sustained operation the Brigade has seen since the Second World War. Around 500 staff who were part of it will be presented with specially commissioned commemorative coins and certificates.

The whole organisation adapted to new ways of working, while continuing to provide a 24/7 emergency service to one of the largest cities in the world. The Brigade helped deliver 20 million pieces of PPE, firefighters drove ambulances to more than 110,000 incidents and staff also delivered food and medicine to vulnerable people. 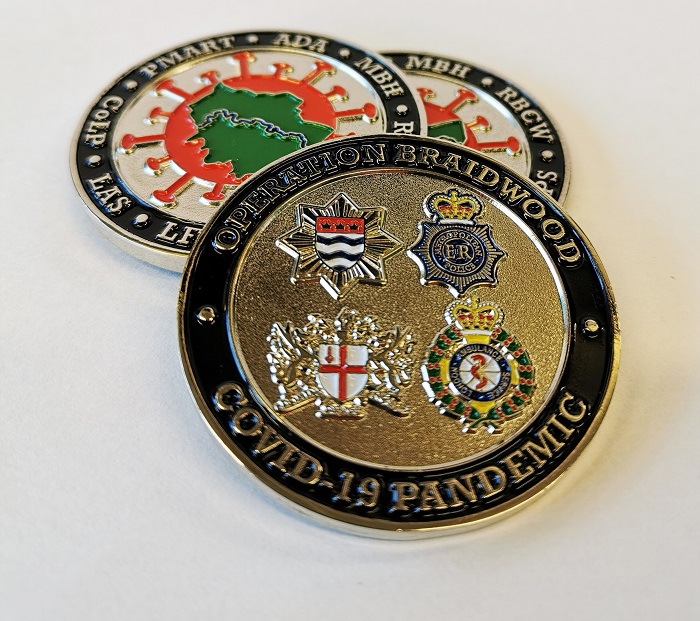 London Fire Commissioner Andy Roe will also recognise staff at the Brigade’s Control Centre and non-operational staff across the organisation who have gone above and beyond during the pandemic - with staff nominating exceptional colleagues in the first ever LFB People Awards.

As the UK prepares to mark a year since the start of the first lockdown on March 23, the Brigade is also reflecting on the extraordinary work of so many of its people over the last 12 months.

Among the calls attended by the 450 firefighters who drove ambulances as part of the Ambulance Driver Assist (ADA) programme, there were:

More than 100 firefighters have also been part of the Pandemic Multiagency Response Teams (PMART) which were set up to confirm a death and identify Londoners who had very sadly lost their lives and prepare them to be collected by an undertaker. During the first wave of the pandemic, PMART firefighters sadly responded to 751 deaths in the community.

There have also been more than 1,000 welfare support phone calls made to Operation Braidwood staff by an army of Brigade volunteers who offered to be “buddies” and give one to one support.

The issuing of commemorative coins was suggested by Deputy Assistant Commissioner Dave O’Neill, who was awarded an MBE for his work heading up the Operation Braidwood team. The certificates have been signed by Commissioner Roe and Metropolitan Police Service Commissioner Cressida Dick or London Ambulance Service Chief Executive Garrett Emmerson.

Commissioner Roe said: “As we look to mark a year since the start of the pandemic, it’s important to reflect and remember the people who have died and who have been bereaved - my thoughts go out to all of them.

“The dedication, professionalism and courage shown by all our staff over the last 12 difficult months has been immense and I couldn’t be prouder. I wanted to personally thank those staff who truly have been on the frontline of Coronavirus. Many of them were faced with situations which even firefighters don’t see on a regular basis and they have all carried out an incredibly difficult job with dignity and respect. 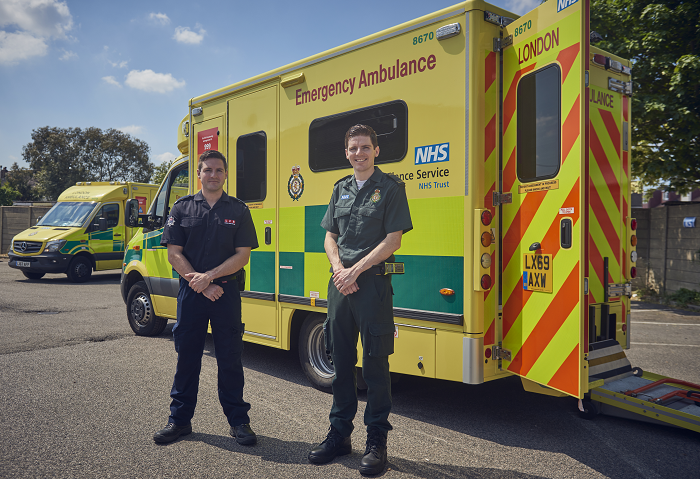 "Away from the frontline, Brigade staff have been quick to adapt to the challenges of the pandemic and many took on extra responsibilities. Community safety staff called hundreds of vulnerable residents who had taken part in fire, safe and well visits to check on them during lockdown and our community safety work has been tailored to stay relevant during the pandemic.

“I know all Brigade staff will continue to work as hard as they have been for the last year and I would like to take this opportunity to thank each and every one of them for their efforts.”

Dr Fiona Twycross, Deputy Mayor for Fire and Resilience, said: “London’s firefighters have been on the frontline of the response to COVID-19, continuing to respond swiftly to incidents across the capital, as well delivering food to vulnerable Londoners, volunteering to drive ambulances with the London Ambulance Service and distributing PPE.

“On behalf of all Londoners, I want to thank our firefighters and London Fire Brigade staff for their extraordinary dedication and hard work during the pandemic.

"Sadly the number of COVID-19 cases in our city remains high, and I want to encourage Londoners to show their thanks to our brilliant emergency service workers by continuing to follow the rules and taking the vaccine when offered the chance to do so.”