“Don’t take your eyes off the ‘flipping’ pan” is the message from firefighters as new figures reveal that cooking fires have fallen by around 33 per cent since national restrictions were put in place.

In the first six weeks of 2021, London Fire Brigade attended 146 cooking fires in comparison to 219 in the same period last year. Despite the decrease, cooking remains a leading cause of fires in the home and with more families at home together this Pancake Day, the Brigade is concerned that keen pancake flippers could cause cooking fires to spike.

Pan fires can be particularly dangerous and can spread out of control very quickly, especially when using oil. Last month, a flat fire in Beckenham saw around 40 people leave their homes after a pan of oil, which was left to heat up on the hob, ignited and spread to the kitchen when it was left unattended. 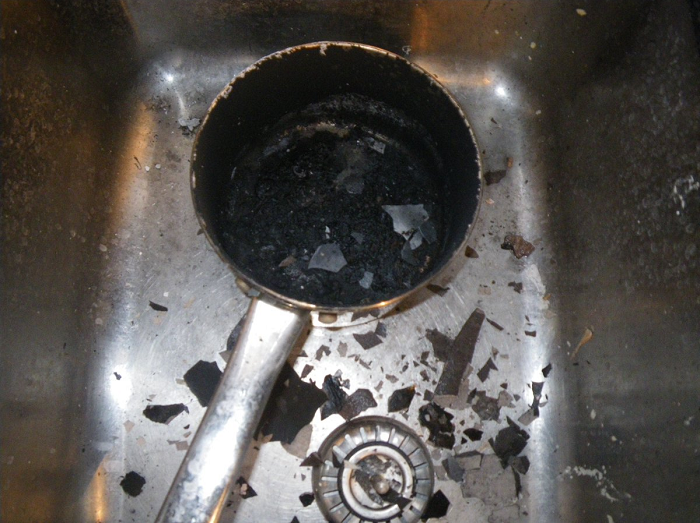 Deputy Assistant Commissioner for Fire Safety, Charlie Pugsley, said: “Thankfully, no one was hurt as a result of this blaze, but it is a stark reminder of just how easy it is for cooking fires to spread out of control.

“The recent fall in cooking fires since national restrictions have come into effect is a testament to the hard work of firefighters and our fire safety teams who have continued to work to prevent fires in the home despite the challenges of Covid-19.

“However, cooking fires are still all too common and can often be prevented. With the added distractions of home-schooling, home-working and video calls this Pancake Day, it’s more important than ever that you take extra care in the kitchen to avoid a recipe for disaster.

“If you’re waiting for the pan to heat up before you make your pancakes, don’t take your eyes off it. All it takes is one moment of distraction for a fire to start. Any unattended pan on the cooker containing food can catch fire, even if there’s no oil in it, so never leave cooking unattended.”

Last year, 238 people were injured in cooking fires, so if the pan does catch fire, make sure you know what to do in an emergency. It’s always safer to leave the firefighting to the professionals and never throw water over a pan fire, it could put you and your family at risk.

Firefighters advice on how to handle a cooking fire

Before you start flipping pancakes, it’s also a good idea to test your smoke and heat alarms. They will give the earliest possible warning when a fire starts, and we urge everyone to make sure they have a smoke alarm fitted in every room where a fire can start and a heat alarm in the kitchen and bathroom.