A firefighter who raised enough money to fund a Macmillan cancer support centre for three years has received a message of thanks from the charity’s chief executive - as she retires from a 30-year career serving Londoners with the Brigade.

In a video meeting ahead of her final roll call today, Macmillan chief executive Lynda Thomas thanked Emma for her dedication. Lynda explained that the money raised funded a Macmillan Support and Information Centre serving patients at the NHS Royal Free and Whittington hospitals in north London for three years. The centre provides information and support to anyone affected by cancer, along with a friendly face and a cup of tea, offering counselling and advice on accessing state benefits.

A long-term Islington resident, Lynda recalled attending several of Emma’s fundraisers. She told Emma: “If you’re wondering where the money you raised went, think of all those cancer patients the money has gone to support. We couldn’t be more grateful. Especially through the pandemic, Macmillan Cancer Support Centres like those at the Whittington and Royal Free Hospitals have been a lifeline for people living with cancer.” 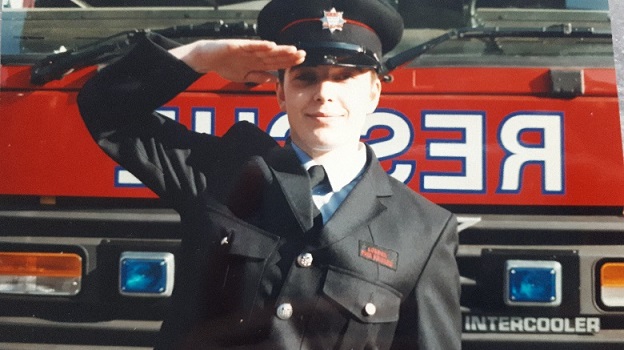 Having joined the Brigade in 1991, Emma spent the first half of her career at Holloway Fire Station. Promotion in 2006 took her to Islington Fire Station, and then in 2009, its Command Unit.

Emma’s fundraising story began the year she joined Islington Fire Station when her station commander sought a volunteer to run a Macmillan coffee morning. With a humble offering of some Costco muffins, Emma raised £300. She later began baking at home for the coffee morning, and regular local interest took hold. At its height, Emma’s coffee morning brought in £3,000 one year, with the help of the watch ferrying her delicious home-made cheesecake, brownies and sponge cakes to local shopkeepers, passers-by, bus drivers and police officers on Islington’s busy Upper Street.

Emma said: “I jumped at the chance to do a coffee morning. My father died from oesophageal cancer the year before. More recently, I saw the incredible support Macmillan provided my family while my 13-year old foster brother went through treatment and rehabilitation from a cancerous brain tumour. He is now 16 and cancer-free, having learned to walk and talk again. Macmillan made a great difference to the family over a very hard year.

“I’ve loved the fact that my fire station did lots of charity activities over the years. It’s been a great way of inviting the public in – and for firefighters to bring their families to the fire station - so they could all see what happens behind the big red doors. Several local residents affected by cancer baked something and brought it to us to sell as well.”

"A fantastic ambassador for the borough"

Gary Squires, Islington’s borough commander, said: “Emma has been a fantastic ambassador for the borough. We’ll really miss her enthusiasm and dedication to the community.” 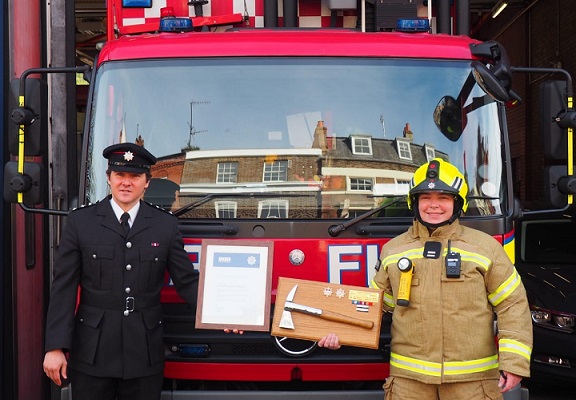 Growing up close to Portobello Road in west London, Emma’s interest in becoming a firefighter grew from seeing fire engines flying past her house, watching fire crews put out fires on her street on a few occasions. Emma said: “I was a practical child, helping my Dad with DIY and fixing the car. I wanted to be out and about helping people, never knowing what the day would bring. I worked as an RSPCA ambulance driver before joining the Brigade, so I was used to shifts and emergency calls.

Emma is leaving London to retire to West Wales, joining her husband, also a retired London firefighter, in their new home - a chapel they have renovated. She plans to enjoy the chapel, make glass art and go paddle-boarding. Ever the public servant, having been unable to host a fundraiser in 2020 due to the coronavirus pandemic, she will return to Islington Fire Station this September to run her 15th World’s Biggest Coffee Morning for Macmillan.

Meet some of the people that keep the Brigade running.

Find out about our engineering group's Joint Head Lynsey Seal.

Holloway, Islington fire station. News and events about the borough of Islington.