Two London firefighters with more than 40 years’ experience between them have been honoured for their work on behalf of the Brigade during the Coronavirus pandemic in this year’s Queen’s Birthday Honours List, published today.

The Brigade congratulates Deputy Assistant Commissioner David O’Neill, who has been awarded a MBE (Member of the Most Excellent Order of the British Empire), and Station Commander Wayne Horlock who has received a BEM (British Empire Medal).

David’s award recognises his work heading up the Brigade’s ‘Operation Braidwood’ team which was formed back in March 2020 in response to the pandemic. His work consisted of creating and managing the Ambulance Drive Assist programme with firefighters driving ambulances and assisting paramedics. The project also expanded to include Pandemic Multi-Agency Response Teams (PMART) scheme responding to suspected Covid-19 deaths in the community across London. 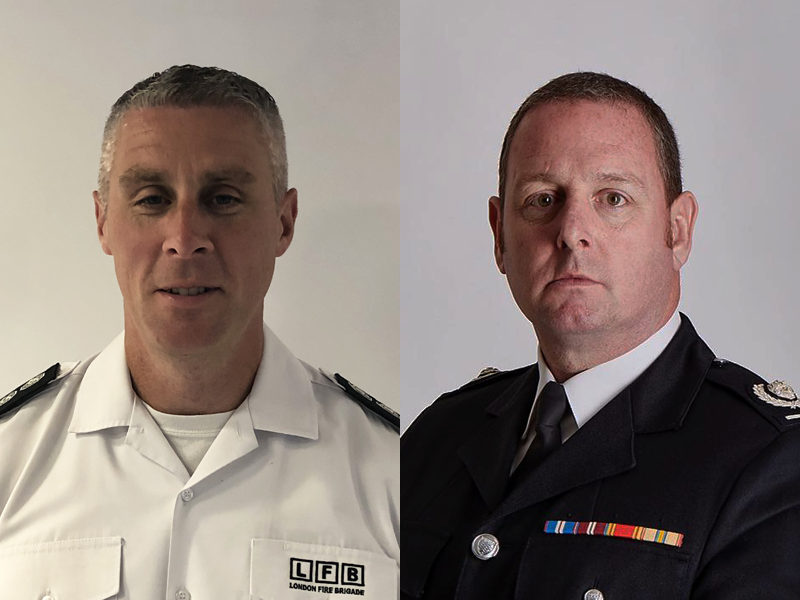 David, from Wallington, joined the Brigade in 1993 and worked in a variety of roles at fire stations in south west London before moving to headquarters. He is currently responsible for Technical Rescue Policy, Immediate Emergency Care Policy and International Search and Rescue (ISAR).

The 49-year-old said: “It blew me away when I found out I had received this award. I had to double check it wasn’t a prank but once I knew it was for real I told my wife and son - they were so happy and excited for me.

“I am really honoured to receive this on behalf of the entire Operation Braidwood team. I know it sounds like a cliché but genuinely this is one for every member of staff who stepped up in unprecedented times, so the Brigade could be there for Londoners in extraordinary circumstances.

“I contracted Covid at the start of this project and worked through the short illness to get the project up and running. The Brigade’s support for our blue light partners during the pandemic was a huge team effort involving more than 600 staff. The success is down to the combined effort of the Brigade’s delivery team, the Coordination Centre, the Fire Brigades Union and the army of Brigade staff that supported our volunteers.”

Wayne Horlock, from Bletchingly in Surrey, has been recognised for founding, and delivering, a volunteering project through the Rapid Response Team to help fund, produce and distribute 37,000 face shields to hospitals in London and across the UK (at the time of a national shortage of Personal Protective Equipment (PPE)). 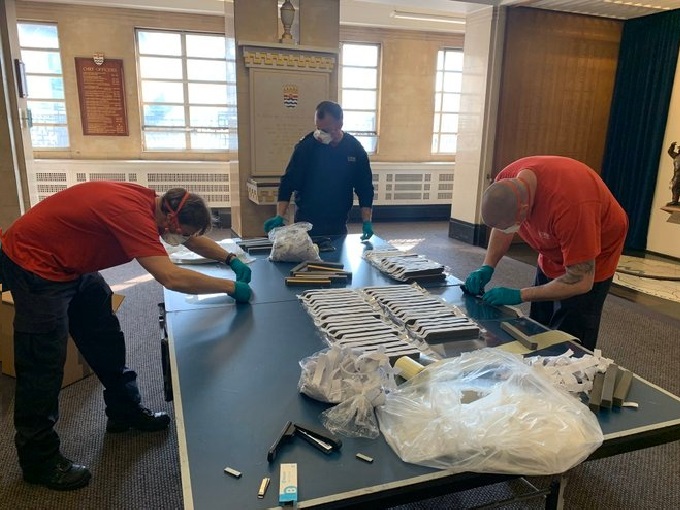 The Rapid Response Team lead for Chemical, Biological, Radiological and Nuclear (CBRN) incidents, and an experienced firefighter, organised his team to set up a face shield production line at Lambeth Fire Station at the beginning of lockdown on behalf of Shield NHS, a charity set up to respond to the PPE shortage.

The 43-year-old joined the Brigade in 2003 from the Metropolitan Police. Wayne began his career in the British Army Royal Engineers, training as a Paratrooper, then working in bomb disposal. As a firefighter, Wayne has worked at Mitcham, Lambeth and Sutton fire stations. He was team leader for the Brigade’s responses to the London Bridge terrorist attack and the Parsons Green London Underground attack in 2017. Wayne is currently serving as station commander for CBRN Rapid Response Unit at Lambeth Fire Station.

“Back in March when lockdown began, my colleagues and I were frustrated to see that NHS workers didn’t have the PPE they needed to deal with Coronavirus patients due to a worldwide shortage. We wanted to help.

“After speaking with Shield NHS we set up our production line the same day. This type of multi-agency work is important to me; the Rapid Response Team is at the forefront of multi-agency collaboration as we work closely with the London Ambulance Service and Metropolitan Police, both on incidents and training. Emergency services work is a community in itself and in unprecedented crises, such as the Coronavirus pandemic, everything works better when you are familiar with one another’s practices and people.”

London Fire Commissioner Andy Roe said: “I am so proud that the initiative, collaborative spirit and hard work of David and Wayne have been recognised at the highest level. London Fire Brigade exists to protect lives and these individuals showed real leadership in contributing to that mission amid an unprecedented public health crisis. David and Wayne represent the compassion and professionalism of all London Fire Brigade staff, with so many who have worked night and day to support our joint emergency response to this pandemic.”

This year’s honours list includes individuals that have made important contributions to tackling Coronavirus on the front-line and in their community.