A former jockey turned London firefighter has been given an achievement award to recognise her success in her new career path.

Kylie Manser-Baines has been presented with The Jockey Club Achievement Award at this year’s Jockeys Education and Training Scheme (JETS) Richard Davis Awards.

The former flat jockey rode as an amateur from 2004, winning the De Beers Diamond Race, before turning apprentice in 2006. She competed internationally including in Malaysia, America and France and was also Female Champion Jockey in Jersey in 2009 and 2010. Kylie retired in 2011.

She kept in contact with JETS who supported her through the application process to London Fire Brigade and she is now based at Forest Hill Fire Station but still has a connection with racing as she works to rehome racehorses.

Kylie said: “I’ve found that many skills I had as a jockey have helped me as a firefighter as you have to be a good team player to stay safe and get on with people. 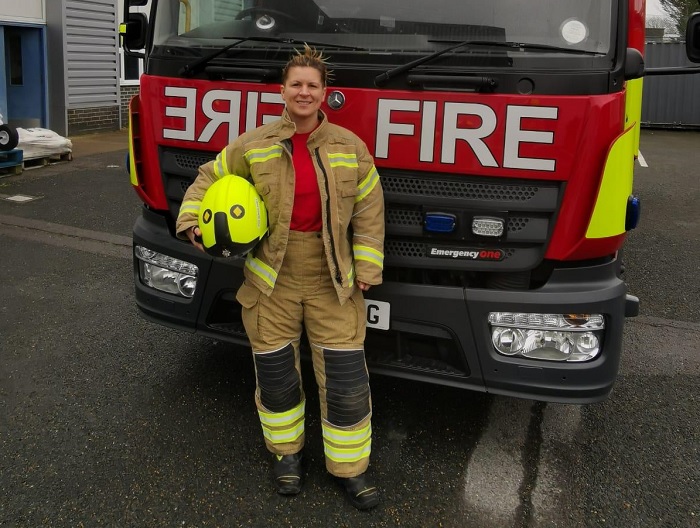 “I feel very satisfied I can put something back into racing by retraining racehorses and also very proud to represent London Fire Brigade and help save lives. The work I do as a firefighter is extremely diverse and I like that no day is the same. The Covid-19 pandemic has added another aspect to what is already a demanding job.”

Kylie said she would encourage women to consider the fire service as a career.

"Although it has been traditionally viewed as a male dominated industry, the reality is that it is possible for women to be very successful firefighters,” she added.

“Each watch is a team and everyone has different strengths.”

JETS Manager Lisa Delany said: “Kylie’s success in two different career paths shows how hard work, determination and passion really does pay off. Kylie is a great example of how you can stay connected with racing post riding and use transferable skills developed as a jockey to pursue another career interest. The judging panel was very impressed with all that she’s achieved.”

The annual JETS Richard Davis Awards highlight the career development of both former jockeys and current jockeys and showcase the services provided by JETS to help jockeys prepare for their futures in order to secure a successful transition from riding.