Crews from Lewisham co-ordinated and delivered a food parcel to a 90-year-old woman within 30 minutes of a call coming in to the Brigade’s 999 Control Officers.

Station Commander Nathan Hobson from Lewisham Fire Station received a call from Brigade Control, who had been contacted by a woman who had seen firefighters delivering food parcels to local residents in the borough.

She was concerned about her 90-year-old neighbour who had been struggling to get food and wanted help to get her a food parcel.

Nathan called Voluntary Services Lewisham, who crews have been working in partnership with to deliver food supplies, and asked them to source a food parcel. They managed to put one together quickly and Nathan called Sub Officer Mike Watts and Sub Officer Michael Roche, who were on duty, to ask them if they could pick up the parcel and deliver it to the woman’s doorstep.

Despite having just returned from responding to a fire in a garden in Bromley for the majority of the afternoon, Mike and Michael immediately went to pick up the parcel and delivered it to the resident. This all happened within 30 minutes of the first phone call. 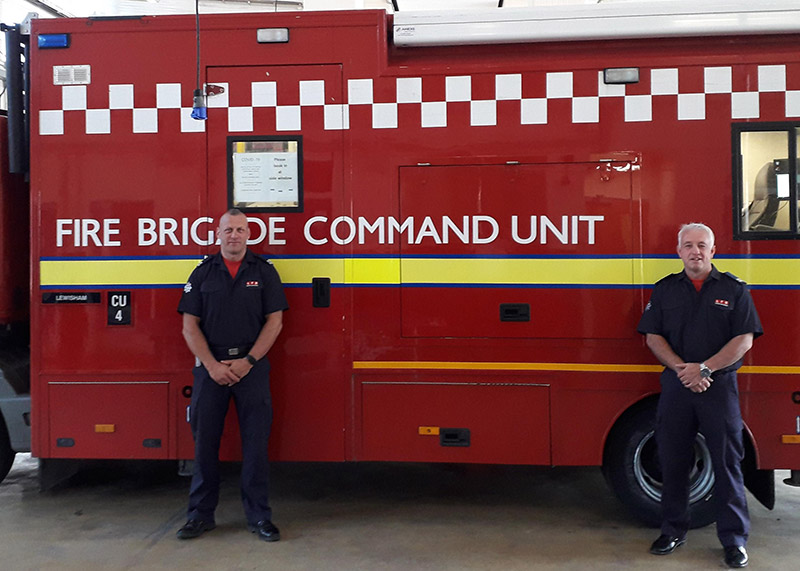 Station Commander Nathan said: “During these difficult times its paramount that we come together as a community to help the most vulnerable in our society.

“This is a great example of partnership work by our Lewisham crews and Voluntary Services Lewisham."

Firefighters across London have been stepping up to support those in their communities who need help the most. Crews have been helping to prevent the spread of the virus by delivering medicines, care packages and food to vulnerable residents who are being shielded from Covid-19.

Deputy Assistant Commissioner Richard Welch said: “Firefighters do so much in the community on top of their everyday duties and it’s great to see how much it means to the members of the public who we help. Crews have stepped up and I’m really grateful for the team’s hard work during the pandemic.”