Firefighters are urging caution around water throughout the summer as figures reveal crews have attended more than 40 water-related incidents in London during lockdown.

As part of the Royal Lifesaving Society’s Drowning Prevention Week, London Fire Brigade has released figures revealing crews have been called to 23 reports of people in the water between March 15th and June 8th.

These people were either found and rescued or the search was called off as the person wasn’t located.

A further two people have sadly died from accidental drowning in a London waterway during this period.

Read our advice on how to keep safe around water

Firefighters are worried that as the hot weather returns, people could be tempted to enter the water and may get into difficulty.

The Brigade’s Community Safety Senior Development Officer, Emma Fraser, said: “The early summer sunshine saw an increase in people venturing into the water and led to us and our partners responding to a number of emergency calls.

“We do understand the attraction, especially at this time when everyone is spending more time at home, but we need people to understand just how easy it is to get into difficulty.

“There is the risk of cold water shock, which can cause your body to go into shock no matter how fit you are. It causes panic, anxiety, disorientation and loss of muscular control, which cause you to gasp for air and as a result, inhale water. 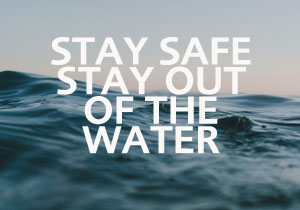 “We would also urge people never to drink alcohol and then go swimming, or attempt to jump into water.

“You should avoid walking or running near water on your own or late at night as it’s easier than you think to slip and fall in.

“We’re not trying to scaremonger or spoil people’s enjoyment of the summer – but there is a very real risk when it comes to London’s canals, waterways and The Thames.”

London Fire Brigade has 2 fire boats – Firedart and Fireflash. They are moored in Lambeth, and used for more tasks than you might imagine!