The director of a scrap tyre yard has been handed a suspended prison sentence for a series of fire safety offences after an emergency fire door was nailed shut in a building where workers were living.

Sentencing Tyre Channel Ltd (TC Ltd) and its director Anup Patel at Southwark Crown Court on Tuesday (January 28), His Honour Judge Hehir described the premises in Croydon as “a tinder box in the making”.

Mr Patel and TC Ltd each pleaded guilty to three separate charges relating to breaches of the Regulatory Reform (Fire Safety) Order 2005. The company was ordered to pay a total of £70,000. Mr Patel was given an eight month prison sentence, suspended for two years. 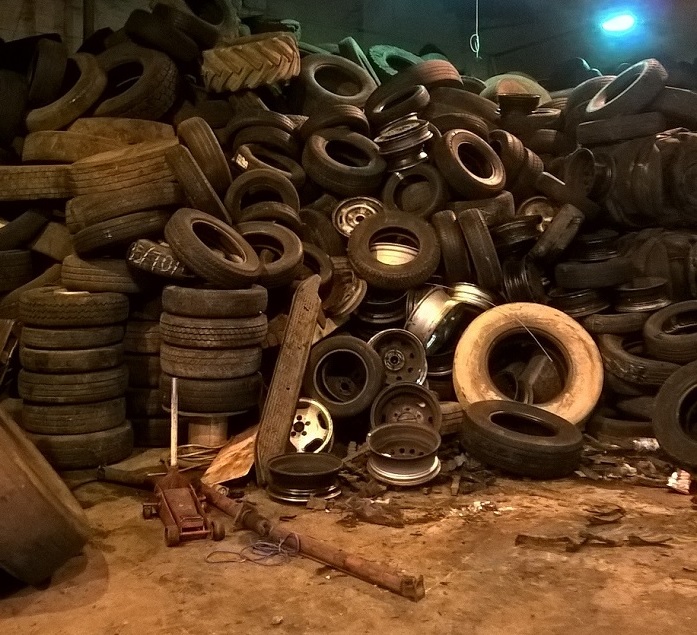 London Fire Brigade (LFB) Fire Safety Officers visited the premises on Mill Lane after police raised concerns over poor fire safety conditions. Inspectors found a makeshift corridor constructed at the rear of the single-storey industrial unit with several rooms leading off it, including a kitchen and bedrooms which were used as living accommodation for workers at the site.

They found the premises heavily fire loaded with flammable items, including tyres stacked in excess of four metres high and issued a notice later the same day to prohibit the premises from being used for sleeping or residential use.

An emergency fire exit was nailed shut and inaccessible due to piled up tyres and there was no smoke detection in the building. The corridor, which bedrooms were accessed via, was constructed of plywood and would have offered little protection against fire spreading through the premises.

The residential area had evidence of both cooking and smoking and scorched and overloaded cables highlighted the poor maintenance of electrics. TC Ltd had no fire risk assessment for the premises and there was no evidence that anyone working there had been trained in emergency procedures.

The Brigade’s Assistant Commissioner for Fire Safety, Dan Daly, said: “Judge Hehir was right when he described TC Ltd as a “tinder box in the making” – it was just sheer luck there hadn’t been a fire there.

“As the director of the company, Mr Patel has had complete disregard for the safety of his staff, both while at work and in the living arrangements many of them were paying him for.

“There is no excuse for leaving people’s safety to chance, especially when information is so readily available to those with responsibility for safety in buildings to understand what their duties are and ensure they comply with the law.” 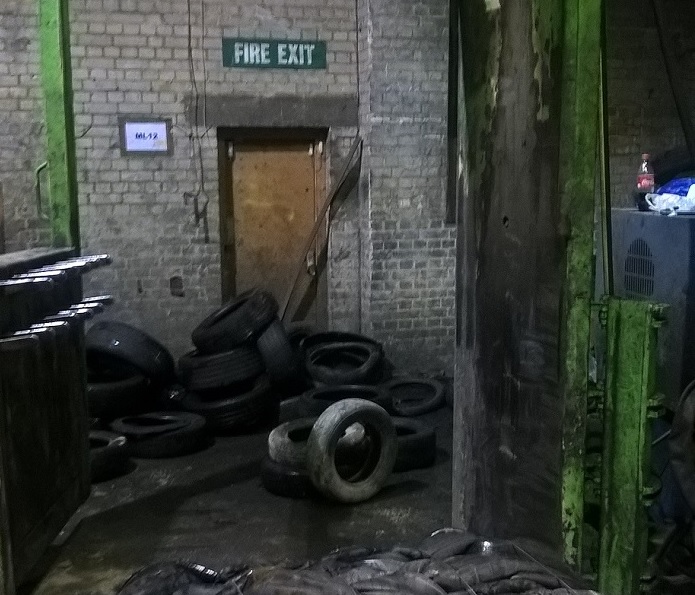 Anup Patel and TC Ltd each pleaded guilty to the following three counts:

The company was fined £60,000 and ordered to pay £10,000 costs and Mr Patel was given an eight month prison sentence, suspended for two years.

If you are a landlord, business owner or building owner, you can find out more about the Regulatory Reform (Fire Safety) Order here.

What do you need to know about Fire Risk Assessments?

If you're responsible for a property that isn't a home, you need to do a Fire Risk Assessment. It saves lives, it’s your legal duty, and it makes good business sense.

All about fire safety law

Learn about your legal obligations when it comes to fire safety in the workplace. Includes the Regulatory Reform (Fire Safety) Order 2005 – the 'Fire Safety Order'.

A Stratford hotel and its owner have been ordered to pay a total of £45,000 for “serious and systemic” fire safety failures which “put staff and guests at risk”