MasterChef’s John Torode narrowly avoided disaster after a tea towel placed near to a stove caught alight during his cooking segment on ITV’s This Morning.

The TV chef had been making homemade McMuffins live from his home in north London when he left a tea towel next to the stove and turned his back to place muffins into a toaster. Within seconds, the tea towel went up in flames as hosts Holly Willoughby and Phillip Schofield shouted to alert him to the fire.

Whilst the duo laughed off the incident as John managed to put out the flames, this was a very real display of how easily materials placed near a stove can catch fire.

The Brigade’s Assistant Commissioner for Fire Safety, Dan Daly, said: “This is the perfect example of how easy it is for accidents to happen in the kitchen.

“Around 60 per cent of fires in the home begin in the kitchen and with many of us staying at home more during these times we have seen an increase in the number of fires in the home. It’s more important now than ever that we take extra steps to make sure we stay safe.

“It’s really important that you don’t leave cooking unattended and never leave fabrics, such as tea towels, near to a cooker or a hob, because they can catch alight very easily and flames can spread quickly.

“Please also take care with loose clothing that can easily catch fire. Don’t lean over the hob when cooking and roll up sleeves that might hang over the stove.”

Thankfully, John avoided injury and had an alarm fitted in his kitchen which sounded and would have been the earliest warning of a fire if presenters Holly and Phillip hadn’t raised the alarm. In the event of an emergency, you should always call 999 and don’t try to tackle the fire yourself. As soon as you become aware of a fire in your property, get out, stay out and call 999. 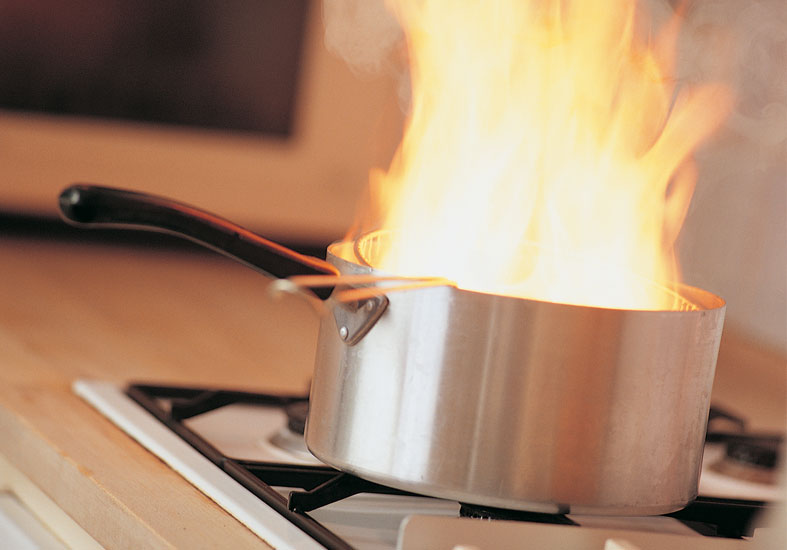