The London Fire Brigade Museum has received initial support* for a £1.7m grant from The National Lottery Heritage Fund to develop a permanent museum for the capital’s fire service.

Development funding of £200,000 has been awarded by The National Lottery Heritage Fund to help the Brigade progress their plans in order to apply for a full National Lottery grant of £1.7m at a later date.

The award marks a crucial step in securing the future of the London Fire Brigade Museum, which closed its former Southwark site in 2015. Since then, the Brigade has been operating a pop-up museum in The Workshop, Lambeth High Street, with around 20,000 items remaining in storage, including  what is believed to be the world’s oldest fire engine and items owned by first Chief Officer Captain Sir Eyre Massey Shaw. 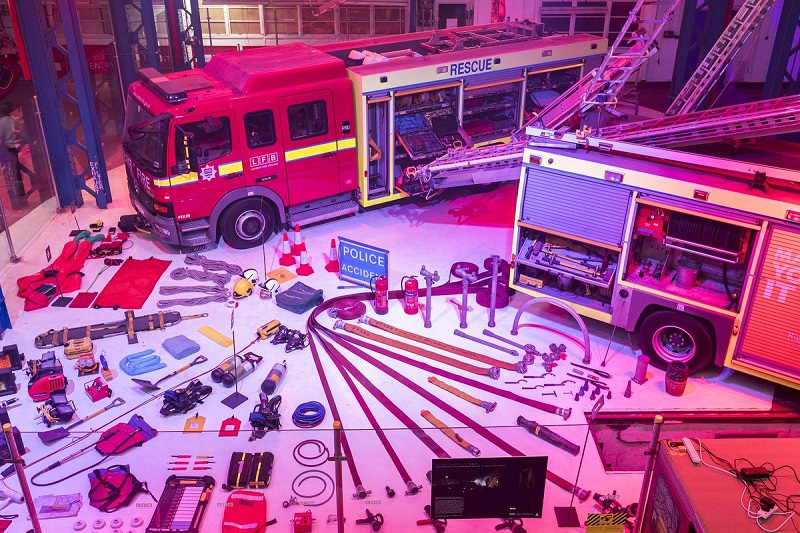 This development grant will allow us to develop the designs for the new museum, conduct audience research and fine tune the details of the project. This work will help to progress the next stage of our application for a further £1.7 m towards the cost of fitting out the new museum and setting up an ambitious and inclusive activity programme.

Museum curator Jane Stern said: “It is fantastic news that we have received this support from The National Lottery Heritage Fund. This funding will help us to deliver our vision to provide a must-see attraction in the heart of London. With a wealth of artefacts on display and an extensive education programme, the new museum will celebrate the role of the Brigade in the capital, from the Great Fire of London to the present day.

London Fire Brigade has already committed funding to at least match that provided by The National Lottery Heritage Fund, and the Brigade will also be launching a fundraising campaign to raise the additional £700k needed to deliver the museum.

The Museum team talking about the good news

The museum forms part of the Brigade’s wider proposals with building partner U+I to transform 8 Albert Embankment, which will deliver a new modern fire station for Lambeth residents and Londoners as well as 443 new homes – with a significant proportion of shared ownership and low-cost rent homes – and new workspaces supporting over 1,250 jobs.

Subject to planning permission being granted by Lambeth Council, the museum is expected to open in 2023. As well as displaying a range of unique artefacts from the Brigade’s past, the new museum will also feature a unique glass partition allowing visitors to see into the working fire station next door.  The Brigade’s memorial hall – a tribute to firefighters who have died while on duty – will also open to the public for the first time in ten years.

About The National Lottery Heritage Fund

Using money raised by the National Lottery, we Inspire, lead and resource the UK’s heritage to create positive and lasting change for people and communities, now and in the future.

About the London Fire Brigade Museum