As London Fashion Week kicks off today [Friday 13 September], we're shining the spotlight on its uniforms through the ages since it began back in 1866. Just as trends come and go on the catwalk, firefighters have modelled many different outfits over the years.

Across the decades every change implemented to kit for frontline firefighters has been about safety and protection - enabling them to do their job to the best of their ability while staying safe and protected.

From wool, to the iconic plastic leggings of the seventies, to today’s lightweight ‘gold’ standard kit, the capital’s fire stations have seen many updates to its clothing lines.

History of our uniforms

Find out how our uniforms have changed over the decades

A (cat)walk through time for Brigade uniforms

The French are renowned for being bang on trend with ‘haute couture’ in the fashion world and this even extends to the world of fire helmets. The brass helmet was introduced to London Fire Brigade in 1868 after the first chief officer, Captain Sir Eyre Massey Shaw, was inspired by the French ‘Pompiers’ he saw in Paris.  It’s the longest serving helmet in the Brigade’s history and was only replaced over 70 years later. It was adopted by almost all the British fire brigades and became an iconic symbol of the British fire service. 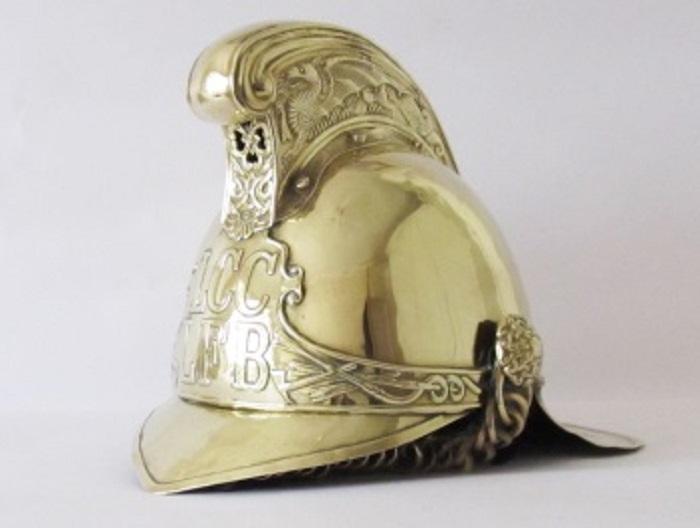 Forget your Gucci and Prada, woollen tunics were the name of the game in 1900. The double breasted navy blue ‘Melton Cloth’ tunic was the mainstay of the Brigade  uniform for over a hundred years. It was warm, practical and smart. However, the brass buttons may have been beautiful but totally impractical by today’s standards – velcro was yet to be invented. 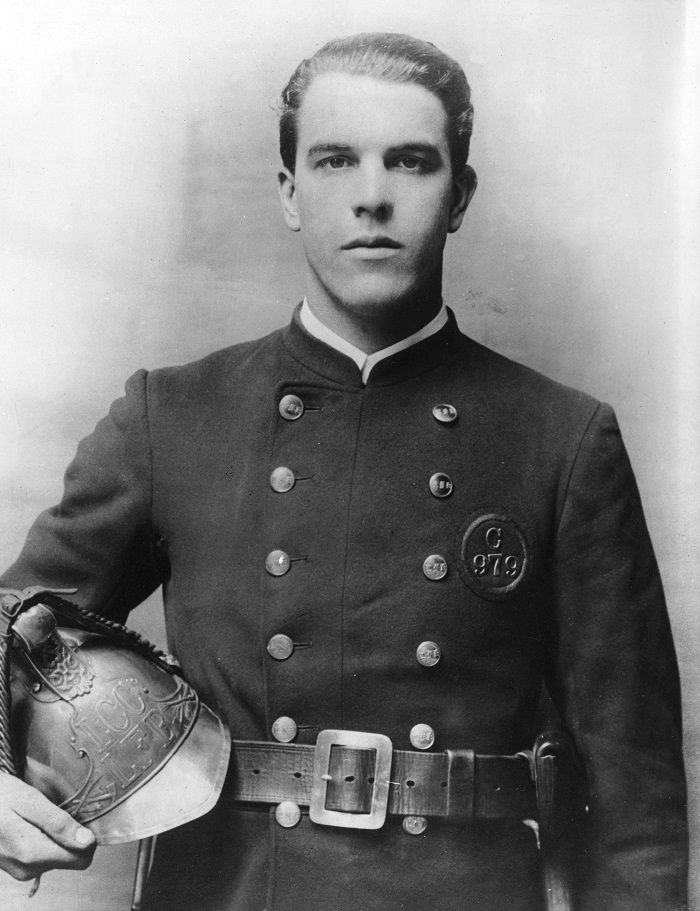 Millinery was not just for fashionistas, fire crews had a head for it too. In 1938 the ‘Gold Comb’ fire helmet came along. It was made of cork and rubber and replaced the famous brass helmet once and for all. Although in use for only three years it influenced the general shape and style for the Brigade’s helmets for many years to come. The change was made as the use of electricity became more widespread - brass was a conductor unlike compressed cork. 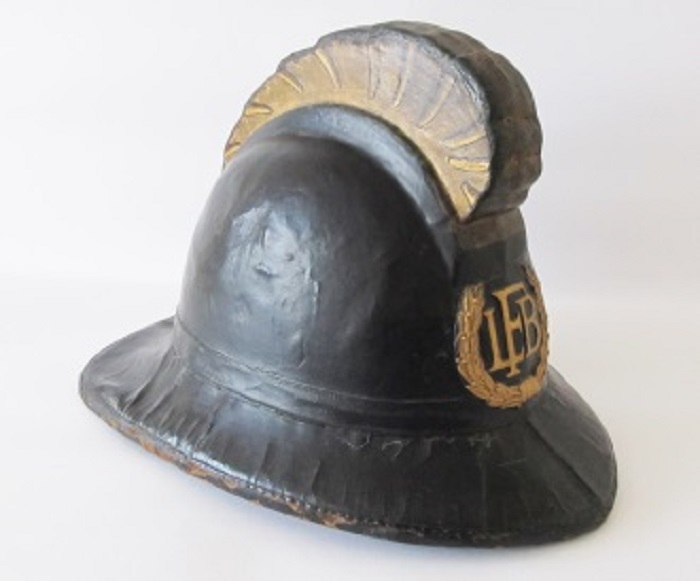 The Auxilary Fire Service Firewoman from 1939 wore a smart uniform which included both a gas mask and a steel helmet. The uniform was an important part of commanding respect from the public and reflected the formal rank structure they worked under. On a practical level the garments kept them warm through day and night shifts and in the winter months. 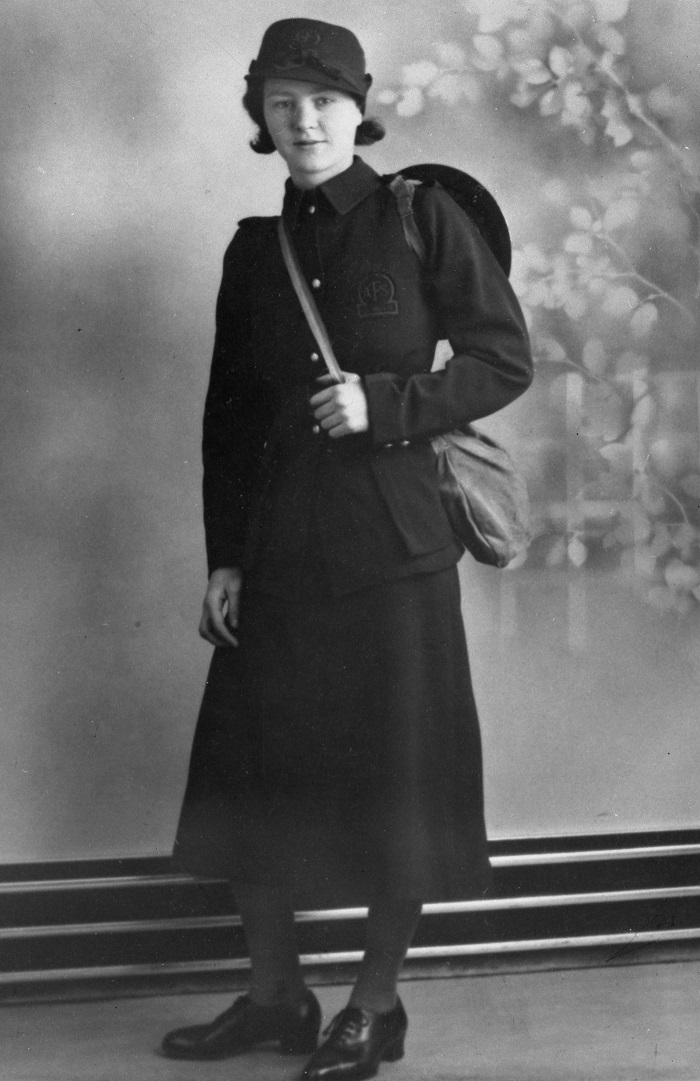 Fast forward to the 1970s and canary yellow was THE colour of choice for firefighter uniforms. Wool disappeared and was swapped for waterproof trousers. The bright colour was great for being seen in dark conditions but melting in extreme temperatures became an issue. 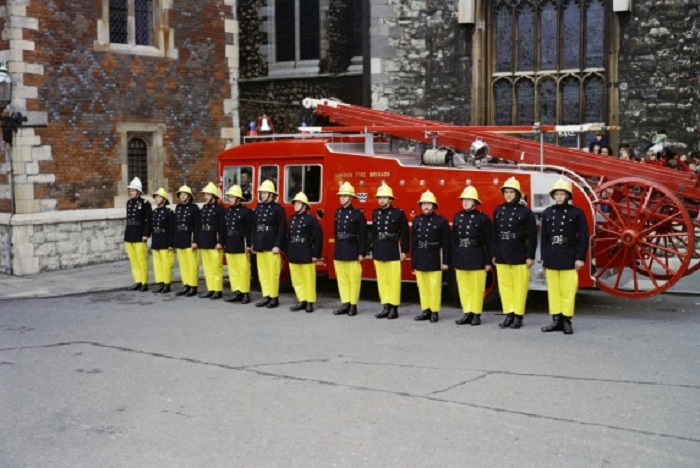 Deputy Commissioner Tom George at London Fire Brigade said:  “I’ve seen some fashion faux pas in my time on the streets of London but the introduction of our latest personal protective equipment (PPE) for our firefighters reminds me how far we’ve come.

“In the seventies and eighties firefighters wore the iconic yellow leggings and woollen tunics. Following the fire at Kings Cross station in 1987 lessons were learned which led to kit changes.

“The thin plastic yellow leggings in extremely hot conditions offered little protection to crews. The tunic and helmet had left much of a firefighter's neck and ears exposed, even when wearing breathing apparatus. The gloves worn back then were the same as any you can buy from a garden centre today, unlike those currently in use which offer protection from fire.

“After that fire improvements to head gear were made and padded over-trousers and more substantial tunics, with collars, were introduced.”

The current ‘gold’ firefighter kit was introduced in October last year. The Brigade provides crews with tunics and leggings which are individually tailored for each firefighter’s build and physique to allow crews to easily get to work whilst keeping them as safe as possible so they can respond to a multitude of incidents from fighting fires, freeing people trapped in crashed cars or complex rescues from collapsed buildings. The kit is built both for comfort and safety with 28 different sizes for both men and women to fit every body shape. The new uniform is lighter and more durable and includes boots (leather and rubber). The introduction of helmet torches, in addition to the chest torches firefighters wear, increase visibility. 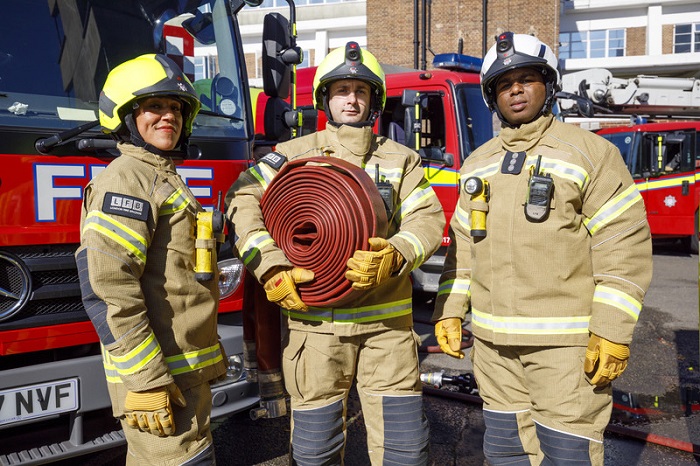