Deputy Commissioner and Director of Operations Tom George has retired from London Fire Brigade after 32 years of service to the capital.

Early in his career Tom realised the sense of duty he was now a part of, as while a trainee he was ordered to line the funeral route of Station Officer Colin Townsley who died tragically at the Kings Cross fire in November 1987.

Tom was posted to Ealing blue watch and relished the role, he said; “The watch was great, the station was busy, giving me a good grounding; I knew early on it was the job for me.” 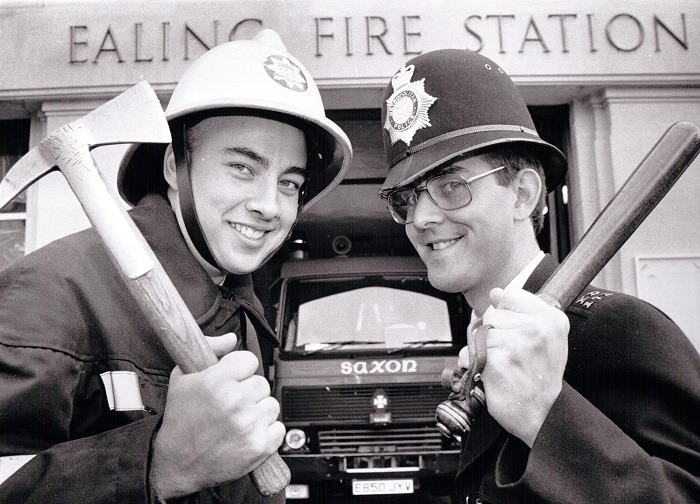 Promotions followed although becoming part of the senior team was never something he ever imagined would happen. He continued;

“I only thought of reaching the rank of Station Officer. I never in my wildest dreams thought I’d ever be Deputy Commissioner. I’m very proud of the changes we have made in my time alongside the Commissioner and other directors. We're the first fire and rescue service to return to a rank-based structure, this will ensure more officer availability, better stability of officers on watches and increased appliance availability at key times of each shift.

“We’ve also fostered a great working relationship with the London region of the Fire Brigades Union. We’ve listened to our staff on a number of issues and made changes accordingly. We are now a more people focused organisation, which is a journey we’re still on but I’m very happy with the improvement we’ve made. One of my final acts was to join Paddington firefighters for a week. The morale was good and I was heartened by the positivity the watch showed to change.”

Tom, 50 has a wife, two daughters and a son - who will keep him updated about the Brigade as he too is a London firefighter. There are things Tom won’t miss about the role like being accessible 24 hours a day and the 4am daily start but there’s also a lot he’ll miss. Tom added;

“What I will miss most of all are the people, we are one ‘LFB family’ and in my 32 years with the Brigade it has never felt so much like one team than it does now. If I had to pick one piece of wisdom to pass on, I’d say to new recruits to remember that we play a major role in the community and that our role today is so much more than putting out fires.”

What’s stopping you from joining a world class fire service and helping us keep London safe?

The London Fire Commissioner is a corporation sole and the fire and rescue authority for London.