Grass fire warning as temperatures set to soar this weekend

Grass fire warning as temperatures set to soar this weekend

It’s set to be a scorcher this weekend as Britain basks in temperatures of up to 30C – but firefighters are warning Londoners to take care to avoid a repeat of last year’s spate of grass fires.

London Fire Commissioner Dany Cotton called for a city-wide grassland barbecue ban during last summer’s heatwave following a record number of grass fires in the capital and she says she’s happy to be the “barbecue Grinch” again this year.

Last year grass fires in the capital increased by 30 per cent on the previous year with, firefighters attending 3,160 across London. More than 60 of these were significant – requiring three fire engines or more and seven of them were attended by 10 fire engines or more.

Last year, Commissioner Cotton wrote to all London councils requesting  a temporary barbecue ban in public parks to try and protect the city’s open spaces and she says she’s prepared to take the same stand this year if needed.

She’s urging everyone who is enjoying the weather to think about how their behaviour could cause a serious fire. 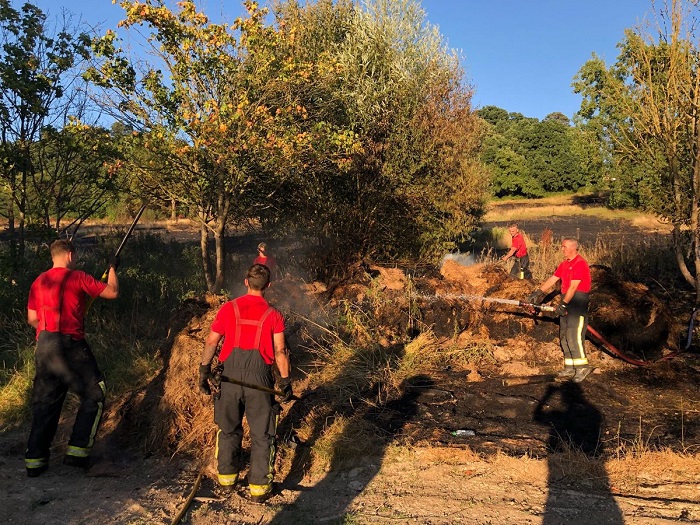 Commissioner Cotton said: “We’re not trying to spoil people’s fun, but lives were put at risk during the heatwave last year by reckless and thoughtless behaviour.

“We are urging Londoners to listen to us this year and think about how their actions could have serious consequences.

“Grass fires are often avoidable and we just want people to use common sense when they are out enjoying the glorious weather we’ve been promised.

“Also think about the safety of our crews who last year tackled dozens of unnecessary blazes in sweltering temperatures.”

Firefighters are urging people not to barbecue in parks and public spaces, clear away their rubbish - particularly any bottles and broken glass which can magnify the sun and start a fire - and always dispose of smoking materials such as cigarettes and matches safely.

These are all things which can easily start fires when there hasn’t been any rain as the grass will be exceptionally dry and will catch fire more easily.

As well as having the record for the highest number of grass fires, 2018  also saw the largest one in London’s history – when more than 200 firefighters spent four days tackling a blaze which spread across Wanstead Flats.

Commissioner Cotton added: “We’re not just giving this advice out for the sake of it – it really is down to members of the public to make a difference.

“One act of thoughtlessness such as dropping a cigarette on dry grass or leaving a barbecue unattended could start a huge fire with devastating consequences.”

London Fire Brigade said ‘careless and reckless’ members of the public are putting lives at risk by causing record numbers of grass fires during the heatwave.