“Don’t be the reason a police officer turns up on your parents’ doorstep with tragic news.”

That’s the stark warning from a mum who has teamed up with firefighters to encourage people to think before they drink alcohol near water following the death of her teenage son, who drowned in the Thames after a night out.

Andrea Corrie is supporting London Fire Brigade’s campaign to raise awareness of water safety this summer in memory of her son James Clark who drowned after a night out in Kingston in 2005.

James had finished his first year at Brighton University where he was studying for a teaching degree and had met up with some college friends for a night out. At the end of the night, they separated to get taxis in different directions and neither group realised James wasn’t with the others.

His body was found three days later near Kingston Bridge. He was 19. 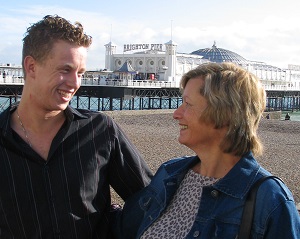 Since then, Andrea has campaigned to make riversides safer and has now joined up with the Brigade to support their water safety work. The Brigade is aiming to raise awareness of what people should do if they spot someone in the water and is highlighting the dangers of water, particularly when it comes to alcohol.

Last year, 30 people died in the River Thames and around a quarter of them had alcohol in their system. For every one person that drowns, eight people are left with life-changing injuries such as respiratory problems.

Andrea said: “James had said to me that evening not to worry if he didn’t come back which wasn’t unusual as he often stayed with friends, so I wasn’t concerned he wasn’t home the following morning.

“I started to feel worried later in the day when he hadn’t appeared and he hadn’t replied to a message from me. Then a friend of his phoned and asked if I had seen or heard from him because none of them could get hold of him, and my heart just sank. I had an instinctive feeling that the worst had happened.”

After the accident, Mrs Corrie visited Kingston and could see how easily the tragedy happened, with a large drop from the path to the water and no barriers or safety measures in place. 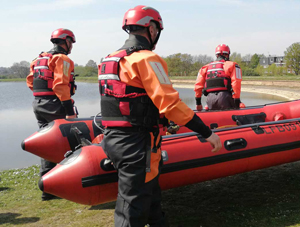 Be aware of the risks and look out for others

Read our tips to stay safe around water

She worked with Kingston Council over a three year period and the results include the installation of safety barriers along stretches of the water and liaison with local businesses to undertake water safety training.  The council arranged for better CCTV, improved lighting and life-saving equipment, and more robust methods of incident reporting.

She also campaigns tirelessly around water safety, and is working with the Brigade to get the message across to people how important it is to keep safe by the water.

Andrea added: “How would you feel if you imagined your parents opening the door to a police officer to tell them you’ve drowned? It’s the worst thing that can ever possibly happen to you as a parent. 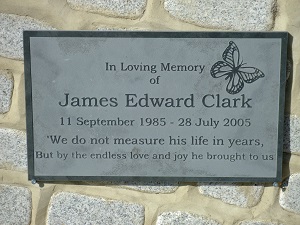 “It’s not about being a killjoy and trying to stop people having fun – it’s about raising awareness about how quickly life can change. Think about the situation you are in and what the worst thing is that could happen and just hold it in your mind for a few moments to give you that awareness this summer.

“If having the awareness out there about the dangers makes another person decide to take a bit of extra care, perhaps not have that last drink, and be less cavalier with their safety, it will be worth it.”