For the last 54 years, London Fire Brigade has provided stewards for the Wimbledon Tennis Championships and 2019 is no different.

Each year, 300 firefighters and control officers give up their time to volunteer to help with the stewarding on every show court at SW19s most prestigious sporting event.

The Brigade volunteers can help either on their off duty days or by using their annual leave. Their main role at the Championships is to ensure public safety as well as guiding spectators to and from their seats during breaks in play.

Firefighters and control staff wear their full undress uniform at Wimbledon and serve alongside members of the RAF, Royal Navy and Army. 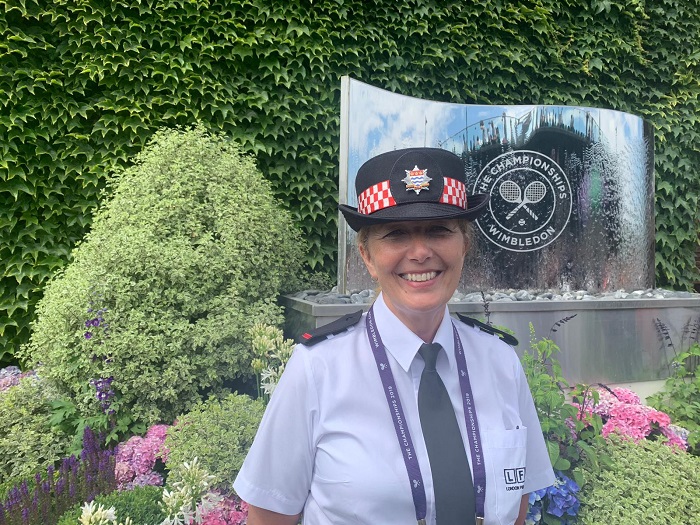 Control Officer Stephanie Winter has been stewarding at Wimbledon since 2004 and says she most looks forward to meeting up with colleagues that she hasn’t seen since the previous years tournament.

She said: “One of the highlights for me was stewarding at the longest match ever played at Wimbledon – John Isner and Nicolas Mahut on Court 18 in 2010. I also enjoyed Andy Murray winning his first Wimbledon title in 2013.” 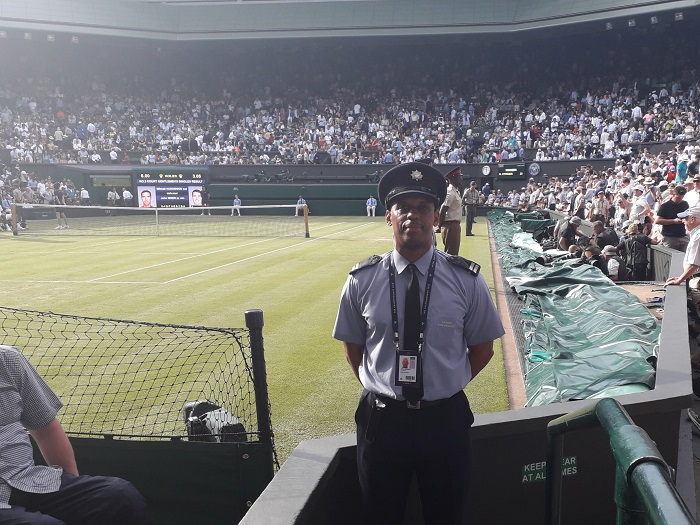 Temporary Watch Manager Jeffrey Edwards has been stewarding at Wimbledon  for 15 years and works on Centre Court.

Jeffrey has a family history of involvement with the All Lawn England Tennis Club as his daughter used to belong to the Junior program at Wimbledon and was selected to be involved in the Junior exhibition – a coaching session held by Tim Henman - held during the Championships.

He said: “My biggest highlight was watching Andy Murray win his first Wimbledon title. This year, I’m most looking forward to the Ladies Singles draw as I’m so intrigued to see how far 15-year-old Cori Gauff goes in the Championships.”

Firefighter Shivaun Elliot has been stewarding at Wimbledon for two years and she is most looking forward to watching Serena Williams play.

She said: "My highlight of the Championships came last year when I was selected to attend the Champion's Dinner. I represented the Brigade along with other military stewards and led out the 2018 champions with the trophies prior to the dinner. I was so proud of my achievement and my family were amazed - there's even photographs of the event in my front room!"