Commissioner Cotton joined the Brigade in 1988 when there were only a handful of female firefighters. Just three months into the job she attended the Clapham Junction rail disaster where 33 people died and since then has acted as incident commander at number of extremely challenging incidents including the Cutty Sark fire in 2007. She quickly rose through the ranks to become London’s first female Commissioner in January 2017.

Since becoming Commissioner, Dany has led the Brigade through a number of terrorist incidents at Westminster, London Bridge and Finsbury Park and of course the devastating Grenfell Tower fire.

Throughout her career, Dany has championed access to mental health services for firefighters and boosted the number of firefighter applications from women. She has also spearheaded numerous public safety campaigns including a drive to force building developers to fit sprinklers in new builds and refurbishments, particularly in care homes and purpose built flats. 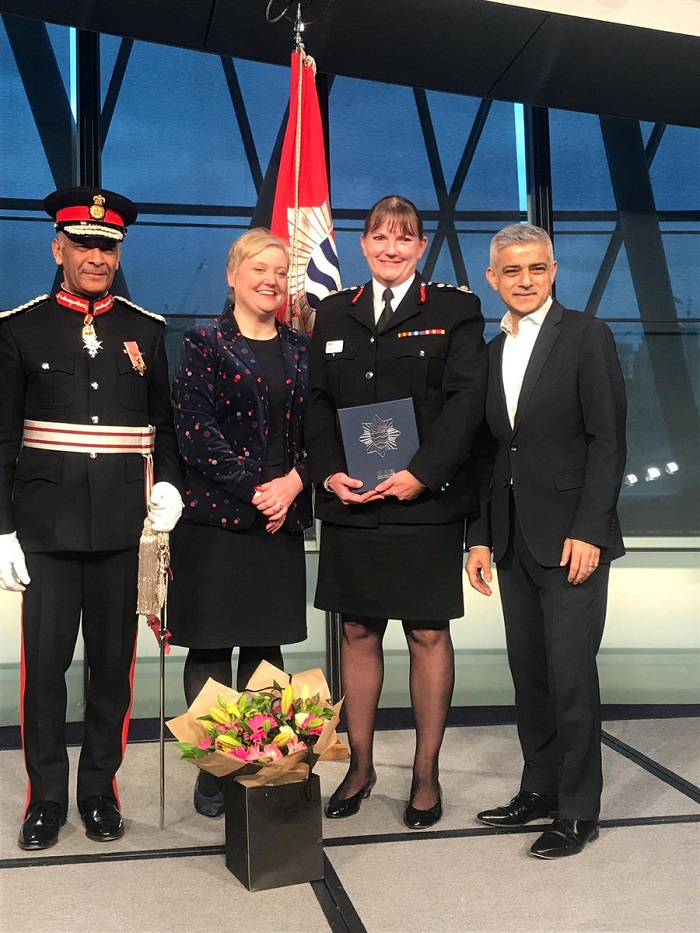 So much more work to be done

London Fire Commissioner Dany Cotton said: “It has been an honour to serve London for 30 years but there is so much more work that needs to be done and so many more changes I don’t want to wait another 30 years to see.

“Firefighting has changed so much since I started in 1988. On the one hand we have more women at the Brigade, more sophisticated equipment and we are much better at reaching out directly to those most at risk from fire like older people who are smokers. Sadly, some crucial safety regulations are stuck in past. For example, building developers are still ignoring our advice on sprinklers and too many people die needlessly from fires started by portable heaters, candles and smouldering cigarettes.

“The modern firefighter does so much more than rush into burning buildings. Our aim is to stop fires before they even happen and that’s why I will continue campaigning tirelessly to make our homes safer. Safer buildings means smoke alarms and sprinklers but also accountability. It’s still too easy for dangerous decisions to be made about a building’s design or refurbishment because qualified people are not overseeing the work. We have got a long way to go to make London a safer city.”

A role model for women in our city

The Mayor of London, Sadiq Khan, said: “Over her 30 years in the Brigade, Dany has demonstrated time and time again the courage, the determination, and the heart that it takes to be an exceptional firefighter.

“In recent years, Dany has led the Brigade through an unprecedented period of major incidents. She is a role model for women in our city, and an inspiration to many girls and boys across the country who aspire to work in the same field.

“It is a huge privilege to present – on behalf of all Londoners – our London Fire Commissioner with her 30-year long-service award.”