A woman who escaped a devastating fire in her flat caused by a faulty tumble dryer says she’s shocked Londoners aren’t always alerted when they have dangerous faulty white goods in their homes.

Radhika Popat  was lucky to escape the fire which broke out while she was asleep at her flat in Sidcup High Street and only realised there was a fire when her smoke alarm sounded.

The 43-year-old says she’s furious she didn’t know the Indesit appliance she had was one of dozens of models which manufacturers were forced to issue a safety notice about after they were identified as a fire risk.

She has welcomed Government plans to launch a public database of potentially deadly faulty white goods, something the Brigade’s Total Recalls campaign has been calling for since 2016, and says if she had known about the problem she would have done something about it.

While Indesit did make efforts to contact people who had registered their appliance with the manufacturer to let them know about the fault, anyone who hadn’t done so might still be in the dark about the fire risk. 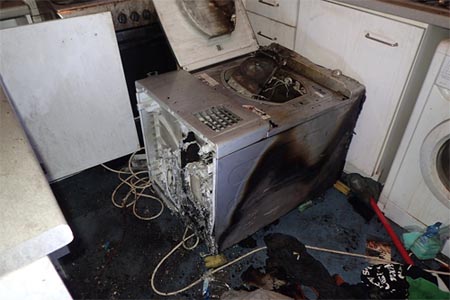 The Brigade is also calling for better publicity around recalls and safety notices to ensure no consumers slip through the net when there is a fault.

“It was such a shock and I think I should have been told,” she says. I bought it online so the retailer had my email and my address. There should be a way for manufacturers to get that information across to customers – even if it’s via the place it was purchased from.

“I’ve had the dryer since 2014 and I now know that it was a ticking time-bomb but who knows how many other people have this same machine in their home. I have been lucky and I’m praying that everyone else is safe.

"The recall register could save people's lives"

“The recall register is a very good thing to have and it could definitely save people's lives. If I had known mine was a fire risk I would have done something about it. I wouldn’t have wanted it in my home.”

A London Fire Brigade spokesperson said: “This shows that manufacturers should step up and really invest in promoting safety notices and recalled products.

“Fires like this can be devastating for residents and in some cases, fatal.

“This fire also highlights just how important it is to have working smoke alarms in your property. There could have been a very different outcome to this fire if there hadn't been any.

“Homes need multiple smoke alarms. Fires can start in any room so smoke alarms should be fitted in your hallways and landings and in any room where you smoke, use candles, incense sticks or portable heaters and leave electrical equipment on or on charge – such as satellite boxes, heaters, computers or mobile phones.” 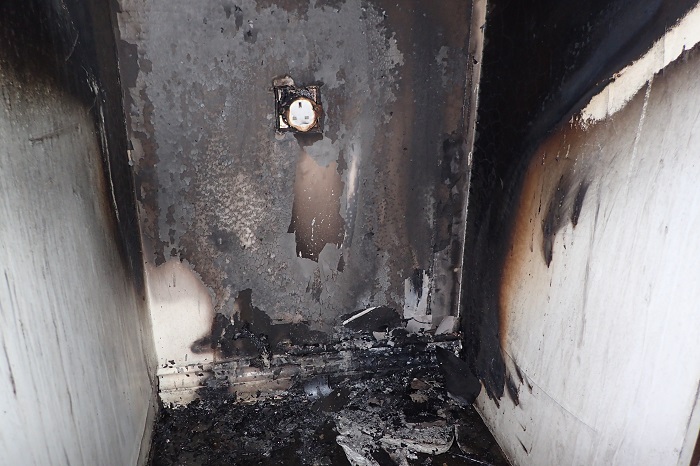 Radhika says she has always been conscious of clearing the fluff out of the dryer before use and emptying the water, and had done so before she put a load on after 6pm on Sunday 21 January.

She then went to lie down and drifted off to sleep – before being woken about 40 minutes later by her smoke alarm sounding. She could smell smoke and after leaving her bedroom, saw the fire behind the dryer.

Radhika called 999 and the Control Officer told her to leave the property, which she immediately did

“My smoke alarm saved my life. That fire would have killed me as there was a lot of smoke,” she added.

“Everyone should have a smoke alarm and change the batteries on a regular basis.”

Radhika has also praised the crews who responded, saying it’s the first time she’s had to call the Brigade and they were fantastic.

She suffers with asthma and was having chest pains when she met the firefighters in the car park, so they gave her oxygen and helped steady her breathing.

“When I went back home I was really upset at the state of the flat,” she added.

“There was soot everywhere and everything smells of smoke, but the firefighters were amazing. They saved my home, which is my sanctuary and where I feel safe. It’s heart-breaking but at least I got out.”

Here are all our firefighters' top tips to reduce fire risks at home.