A Croydon firefighter has been deployed as part of a specialist team helping to combat a deadly diphtheria outbreak in Bangladesh.

Firefighter Mark Cameron, who is part of the Brigade’s International Search and Rescue (ISAR) team, was deployed alongside four other firefighter colleagues from across the country and British doctors and nurses as part of the UK’s Emergency Medical Team (EMT).

The team will help the thousands at risk in Cox’s Bazar, Bangladesh, which is home to an estimated 750,000 refugees who have fled violence and military persecution in Burma and are living in temporary shelters.

Mark, who serves at Croydon’s white watch, joined the Brigade in 2001 and has been a member of the LFB ISAR team since it was formed in 2012.

As part of his deployment, he will provide expert advice to help build the right infrastructure for the medical professionals to carry out their urgent work.

The team of British firefighters sent to Bangladesh are also responsible for organising logistics around the transportation, accommodation and safety and security of medical staff. They will also work with other organisations to help improve the safety standards within the refugee camps. 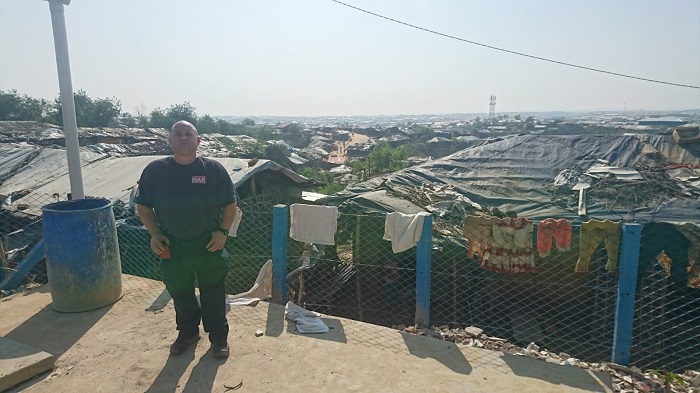 Mark said: “The refugee camp seems to go on for miles in each direction and it is shocking to know there are so many people living in these temporary structures who are at risk of the outbreak of diphtheria.

“I joined the Brigade 17 years ago as I wanted to help people and as part of the Brigade’s ISAR team, I have been specially trained to help in conditions like those at the camp in Bangladesh. 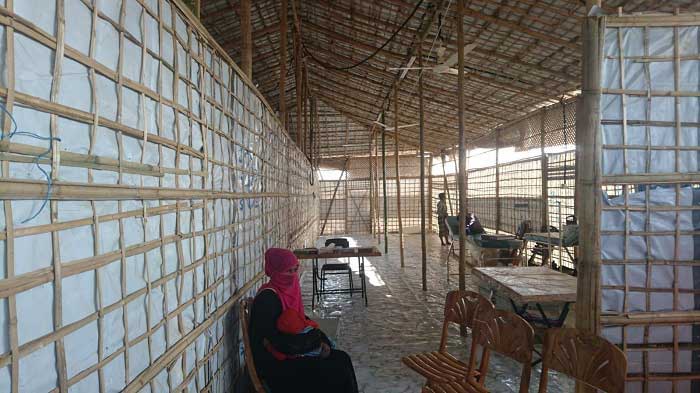 “This is my first deployment with ISAR and I am proud to be able to represent the Brigade at Cox’s Bazar.”

More than 2,000 suspected cases of diphtheria

The diphtheria outbreak has been spreading rapidly, with around 160 new cases being reported in Cox’s Bazar every day. There are currently more than 2,000 suspected cases and 22 reported deaths from the infection. 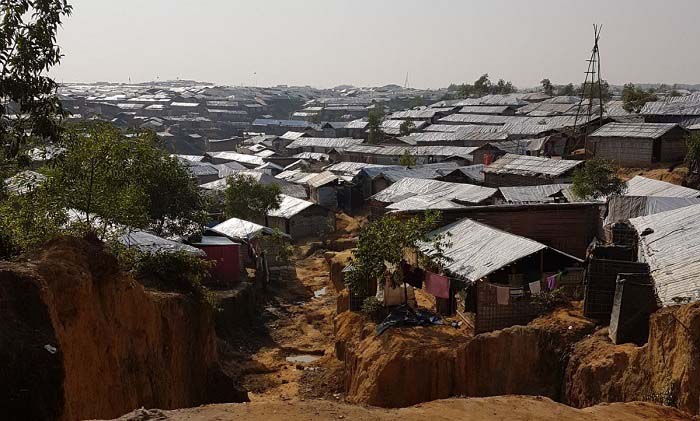 The UK’s Department of International Development (DFID) are providing vaccines.

Mark left the UK for Bangladesh for three weeks on December 28.