Islington borough firefighters were awarded Freedom of the Borough by Islington Council at a ceremony last night.

The fire crews from Islington and Holloway fire stations were last year chosen to receive the award for the “dedication and commitment to the borough day in and day out”. Firefighters were also commended for their response to the Grenfell Tower fire.

The Freedom of the Borough is the highest honour a council can bestow on an individual of group and is only granted to those who the local authority deem to have “rendered eminent serviced to that place or area”.

Gary Squires, Borough Commander for Islington, said: “It is a true honour that the Islington borough team of firefighters were given this award.

“The ceremony was a wonderful night and we are grateful to Islington Council for their continued support in all the work we do from attending operational incident to preventative community safety work within the borough.” 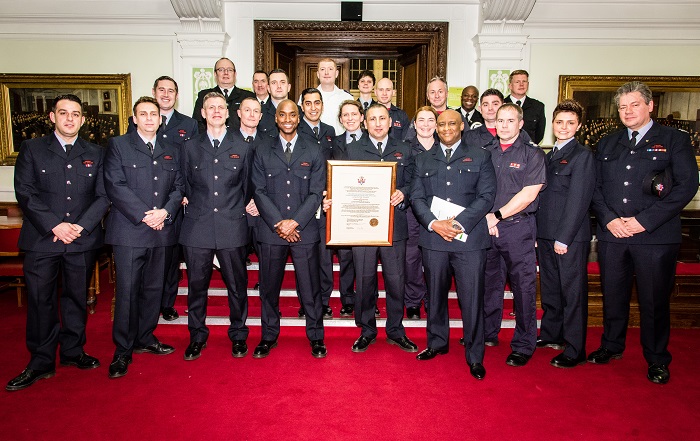 Islington Fire Station has been based in Upper Street since 1993 and Holloway Fire Station moved to its current home in Hornsey Road in the early 1900s.

Firefighters were presented with the honour at the Mayor of Islington’s Civic Awards Ceremony last night (March 15).

Holloway, Islington fire station. News and events about the borough of Islington.