Firefighters from London Fire Brigade are so concerned about the amount of rubbish in the Thames they took part in a ‘beach clean’ today in a bid to rid the river of plastic. 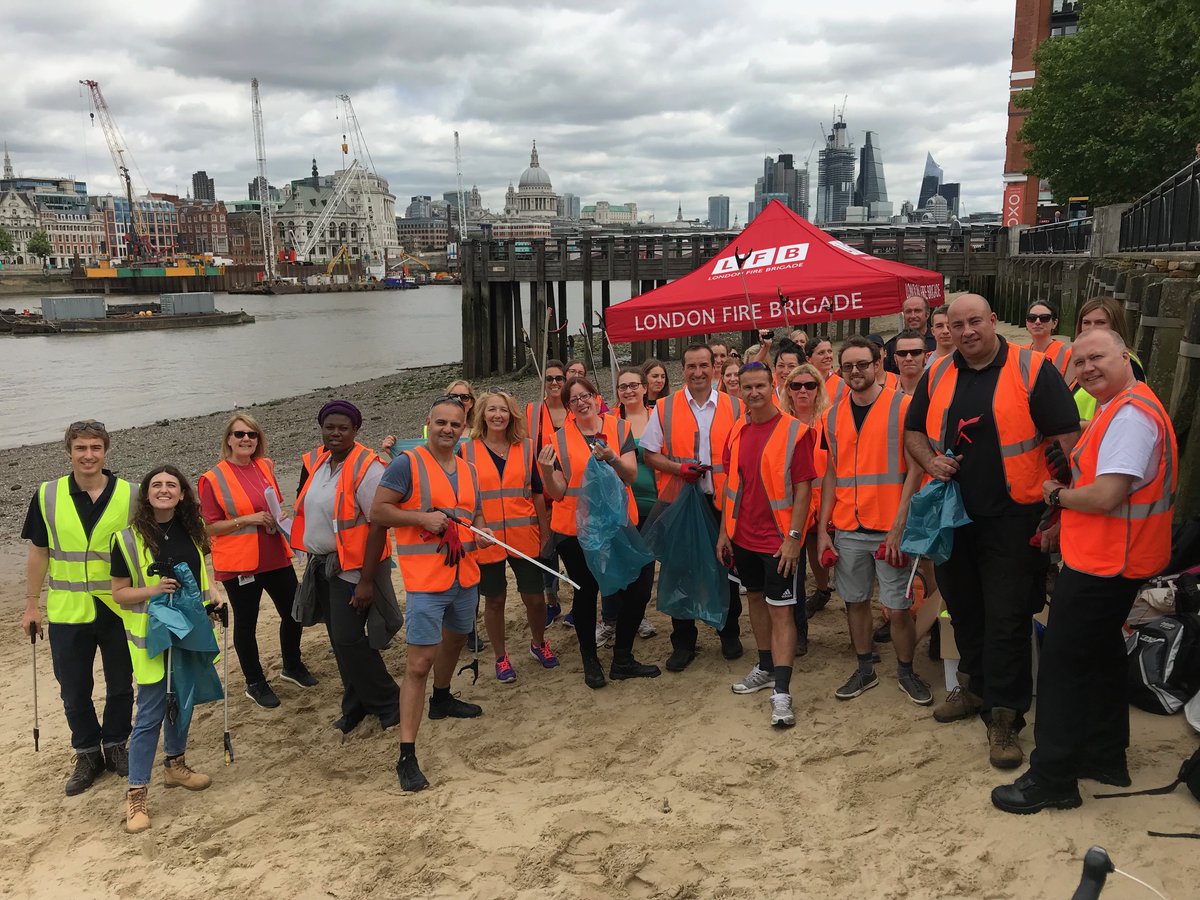 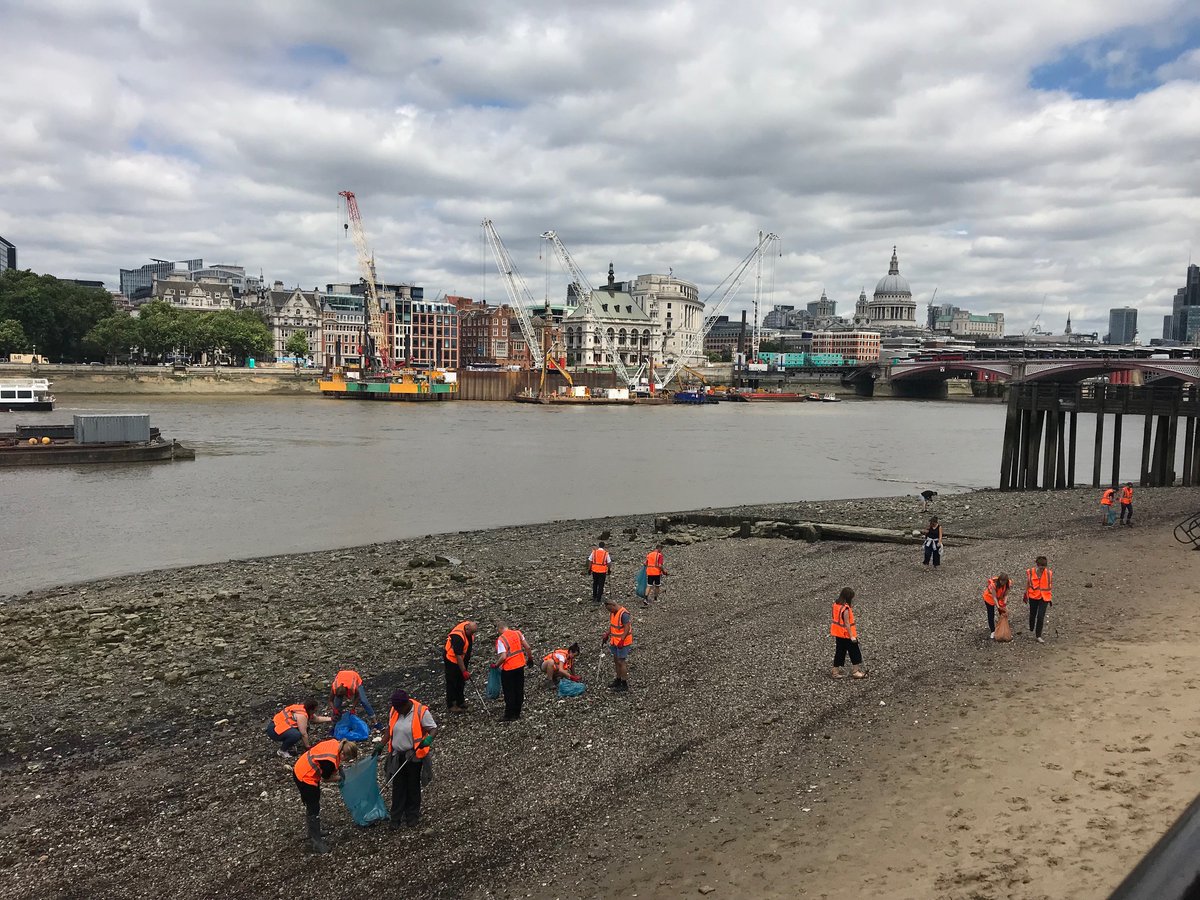 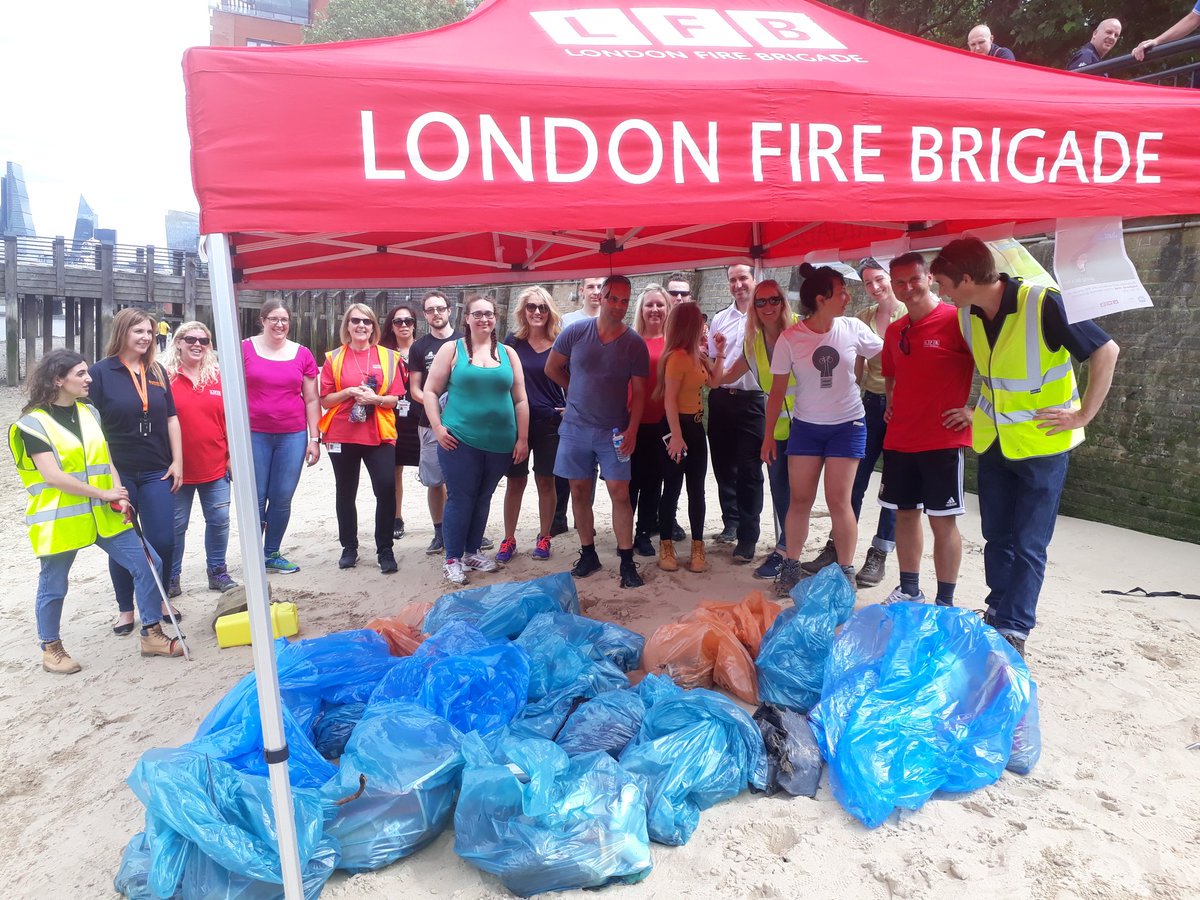 Volunteers with a good haul of plastic from the Thames

The Brigade said that over 30 firefighters, officers and staff members took part, and were joined by the Brigade’s fire boat. Deputy Commissioner, Tom George, was amongst those taking part in the clean-up operation.

Knives, a pipe and a lot of plastic

As well as picking up several knives, a 17th century pipe and some antlers, litter-pickers also collected a mound of single-use plastic, including plastic drinking straws, baby wipes and plastic drinks bottles.

It is estimated that around eight million tonnes of plastic enters the world’s oceans each year.

Terrible for wildlife, harmful to people

“The amount of plastic we see in the river is appalling, it’s terrible for wildlife and it can also be harmful to people. I’ve seen all manner of debris floating in the water or washed up on the shores, from carrier bags, to toys and shopping trolleys, the scale of the problem is huge.

“I’m so pleased the Brigade was able to do its bit to help to clean up the Thames, but more action is needed.”

Members of the Brigade’s community safety team were also on hand to offer drowning prevention advice as the event fell within National Drowning Week.

“Our advice is for people to take care when near water. As well as the dangers of cold water shock and unpredictable currents, it is impossible to see hidden dangers lurking beneath the surface. Items dumped into the water can prove lethal if people enter the water as they can snag clothing and make it more difficult to escape or be rescued.

“Sadly, firefighters are regularly called out to rescue people in difficulty in the river, which is why we’re attending the beach clean to raise awareness of just how dangerous it is to try and swim in the Thames.”

The event was organised by recycling and waste management company, Bywaters, which has a significant oceans clean up campaign in London and the south east. Staff from Better Bankside also took part.

We protect people and places every single day – and we're looking to the future, too. Learn more about sustainability at London Fire Brigade