London’s firefighters have teamed up with the Hindu community to distribute 2,000 LED tea lights to cut the amount of candle fires that can start around religious shrines.

Almost 1,000 fires in the capital have been caused by candles in the last three years and 140 of them happened because candles were being burned for religious reasons.

Since 2015, there have been 14 fire deaths in London which are believed to have been caused by candles so the local Hindu community in Harrow has now joined forces with firefighters to raise awareness of the dangers of candles. 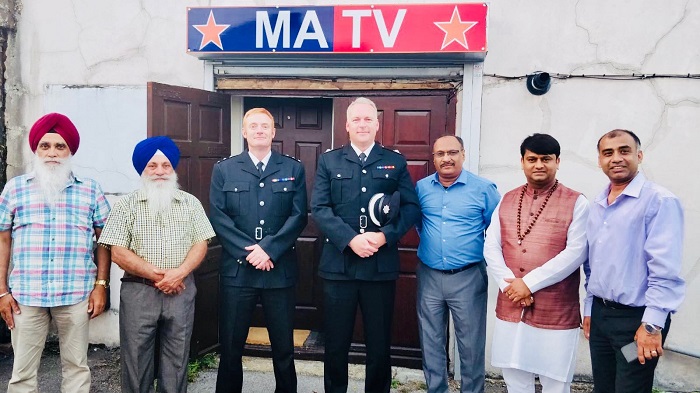 Across London, there have already been more than 120 candle fires so far in 2018, which led to 35 people being injured. Nine of these fires were in Harrow.

Harrow’s crews have been working with the Siddhashram Shakti Centre – a Hindu temple in the borough – and are going to the Gujarat music festival on Sunday (15 July) to speak to residents about the LED tea light project.

More religious candle fires in Harrow than in any other borough

There have been more religious candle fires in Harrow than in any other borough in London since 2015.

The Brigade’s new Borough Commander for Harrow, Gareth Cook, said: “Not all candle fires start around religious shrines but many do as they tend to be left burning for long periods of time which can be very dangerous.

“Being able to distribute these LED lights with the backing of the temple means that not only can we reach thousands of people, but they are more likely to use them instead of tea lights which are frequently the cause of house fires.

Candles are one of the common causes of home fires.

“LED lights are a safer battery powered alternative to the small candles and whether around a shrine, on the TV or in the bath, I would urge everyone to stop using them unless they are placed in a proper container and never, ever left burning unattended.”

The festival is expected to attract around 1,000 people and crews will also be talking to residents about  home fire safety visits, ensuring residents have working smoke alarms and how to keep safe from fire at home.

This £500 project is being funded by the Brigade’s Community Safety Investment Fund -  which was set up to help protect individuals and communities across London which most need it.