A London Fire Brigade borough commander who started his career aged 14 by volunteering to cook and make cups of tea at his local fire station has retired after more than 30 years of service.

Steve Dudeney, 49, grew up two streets away from Poplar Fire Station and decided at nursery school that he wanted to be a firefighter and so from age 14, began spending evenings with the firefighters to help him achieve his dream job.

Throughout his career, Steve has served at many notable incidents including the Canary Wharf bomb in 1996, Buncefield Oil Terminal fire in 2005, the 2011 riots, the London terror attacks in 2017 and the largest grass fire in London Fire Brigade’s history in Wanstead just one week ago.

Steve said: “I remember so clearly being on a fire engine at Shadwell Fire Station when I was at nursery and thinking ‘This is what I want to do’ and I never grew out of it.

“When I was 14, I went to Poplar Fire Station on Bonfire Night and asked to cook them dinner and the rest is history really. I became really good friends with the firefighters and they helped me with my training before I enrolled in training school.”

"I never once wanted to give up"

At the age of 18, Steve started at training school but said he was shocked at the difference between being around trained firefighters and the “military style boot camp” he found himself in.

Steve recalled: “It was 20 weeks of tough training and a lot of my squad were ex-military. Training school was a culture shock and it definitely made me grow up quickly, but I never once wanted to give up and I just couldn’t wait to get into station life.” 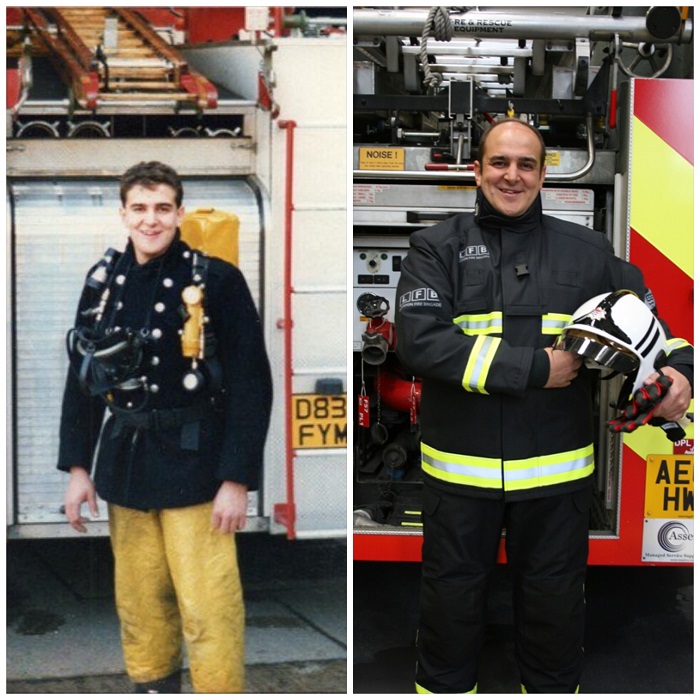 Following training school, Steve was stationed at Bethnal Green Fire Station on the blue watch and his first day of operational service was the day of the King’s Cross Fire on November 18th, 1987.

While he did not attend the fire, as it happened on the night shift, his colleagues on the red watch attended on the same fire engine he had been riding on just hours earlier.

He said: “The next day, which was my second day shift. I was in disbelief at what my red watch colleagues had been through. It all suddenly became very real as one of my colleagues, Station Officer Colin Townsley, had died.  One of the things I remember thinking after the fire was ‘would I have been able to cope if I’d have been there?’.”

Rising through the ranks

After almost two years at Bethnal Green, Steve transferred to Poplar, the station he spent time at as a teenager, where he was promoted to leading firefighter before moving on to Plaistow fire station.

Steve said: “Working for London Fire Brigade has more than exceeded my expectations and it has been absolutely brilliant.  I never dreamed it would have been this good and I have no regrets at all.

“Going back to Tower Hamlets last year was really nice as it felt like the completion of a circle.”

Steve, who now lives in Hornchurch, is looking forward to a well earned holiday with family and spending more time with his wife Joanne and his three daughters, Charlotte, Abigail and Imogen, before starting work as a fire and resilience consultant.

London Fire Brigade said ‘careless and reckless’ members of the public are putting lives at risk by causing record numbers of grass fires during the heatwave.