Two kittens named Smokey and Lucky lived up to their names after they were rescued from a fire in Thornton Heath yesterday.

Firefighters were called to a house fire in Colliers Water Lane and were immediately told that two five-week-old kittens were still inside the property.

Four people had left the house before the Brigade arrived and one of the occupants had managed to rescue the mother cat and four other kittens, but conditions were so bad that it prevented the rescue of the remaining two. 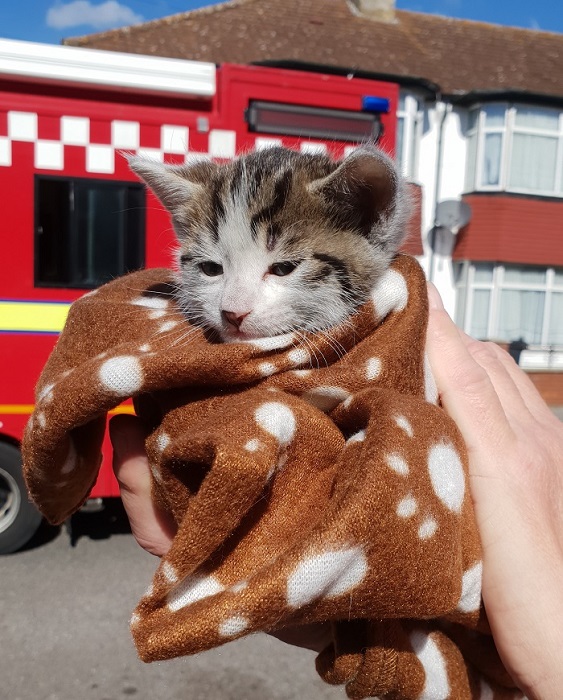 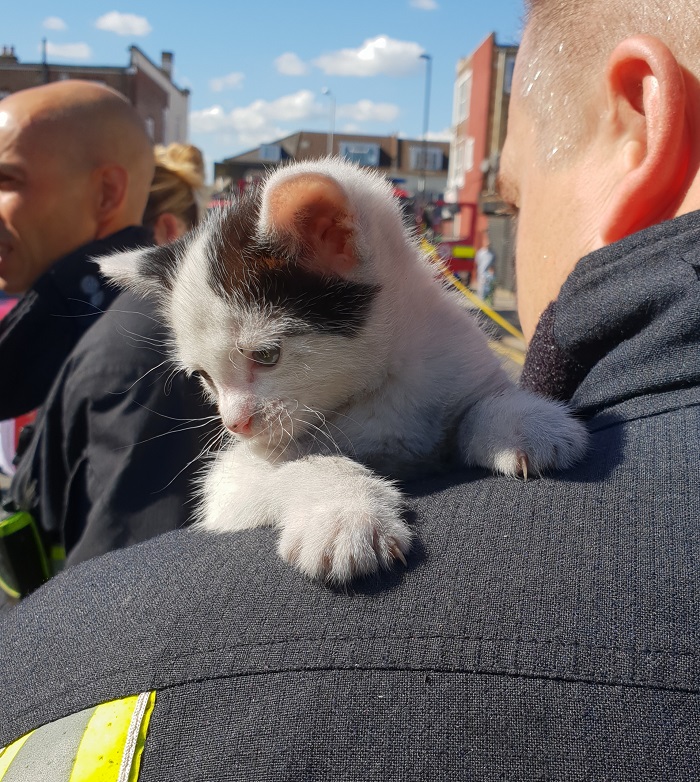 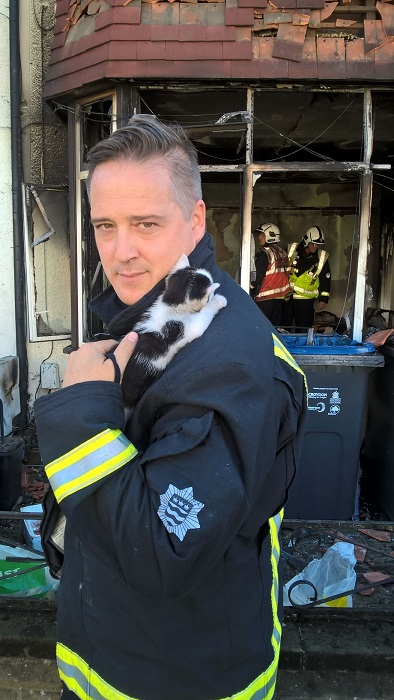 Station Manager Robert Scrivener, who was at the scene, said: “Firefighters immediately began fighting the fire on the ground floor while two others went inside to look for the kittens. We knew they were in the first floor bedroom, but given the severity of the fire and the amount of smoke, we didn’t think they would stand much of a chance.

“But miraculously, both firefighters returned quickly with the two missing kittens, who had been hiding amongst clothing. The tiny kittens were unconscious but breathing and firefighters gave them oxygen and CPR.

The RSPCA will let us know if they need our help

“Thankfully, both kittens regained consciousness and they didn’t want to let go of the firefighters who came to their rescue. But after lots of care and cuddles, the RSPCA took them to the vet to be checked over.“

The kittens had not been named due to their young age and firefighters temporarily named the little felines Smokey and Lucky.

Four people were treated at the scene for smoke inhalation by London Ambulance Service crews, with three of the occupants taken to hospital.

Half of the ground floor and part of the first floor of the property were damaged by fire. The Brigade was called at 1043 on Thursday and the fire was under control at 1141. Four fire engines and around 35 firefighters from Norbury, West Norwood, Wallington and Croydon fire stations attended the scene.

The cause of the fire is under investigation.

Jessie the Macaw had been on the roof for three days