Two members of staff from London Fire Brigade will row across the Atlantic unsupported to raise money for mental health charities.

Toby Gould, 38, from Crystal Palace, and Jeremy Reynolds, 40, from Teddington, will begin their challenge, which is expected to take 40 to 60 days, in December and will spend Christmas and New Year at sea.

Throughout the row, Toby and Jeremy will be joined by Alison Wannel, 39, and Justin Coleman, 52, to form a four person crew named ‘Heads Together and Row’. The group have been brought together by a desire to complete the event in aid of mental health charities. 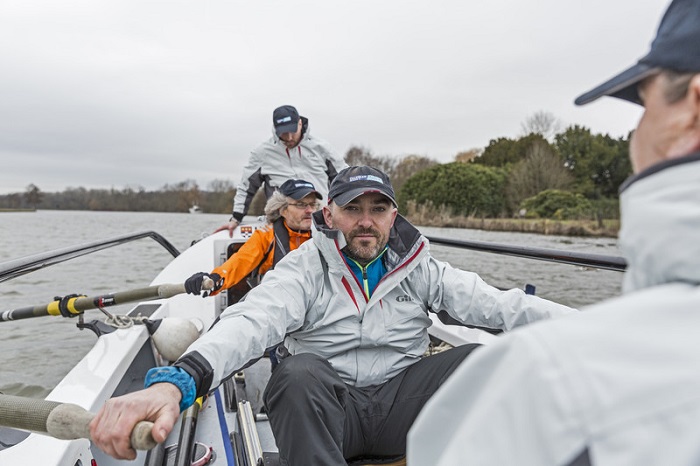 Steve Hamm, the Brigade’s Head of London Resilience, underlines how important it is for staff to have access to counselling services: "Everyone at the Brigade will be watching their progress. They have certainly set themselves a massive challenge and it’s great that they have chosen to support mental health charities with their fundraising efforts.

"Many of our operational staff often see and witness traumatic scenes as part of their work and so the Brigade is committed to ensuring everyone has the support they need to maintain their emotional wellbeing.”

The crew want to raise awareness and funds for Combat Stress and MIND and to support the Heads Together campaign.

Toby, who will take on the role of skipper, said: “This will be the biggest test of my mental and physical resilience to date.

“I’m enjoying developing my mind and body in preparation and I’m looking forward to proving to myself that I’ve got what it takes to cross the start and finish lines”.

Jeremy, who served in the British Army for seven years, said supporting these charities was especially important.

He said: “I’ve been aware for a long time of the great work that Combat Stress do to enable those who have had harrowing experiences to move on with their lives. We are also supporting MIND because it’s not just people in military uniform who have difficult experiences or struggle with the pressures of modern life”.

As the ocean will be their home during the challenge, the crew will also fundraise for the Marine Conservation Society.

The ocean challenge starts at San Sebastian in the Canary Islands and finishes at English Harbour in Antigua. The crew will row in pairs for two-hour shifts around the clock. Their boat, which measures just 29 foot by 6 foot, will carry all the required equipment, food and a water-maker that turns sea water into drinking water.

More about the race and how to sponsor can be found on the crew’s website.

Our support groups are our staff volunteering their time and energy to provide professional and personal support to colleagues from under-represented groups.