London’s fire chiefs have welcomed further calls for a public register of potentially deadly faulty white goods, something the Brigade has been campaigning for since 2016.

The Local Government Association has signed up to the Brigade campaign, saying  there is now ‘an urgent need’ for a centrally managed product recall database for dangerous goods such as tumble dryers, washing machines and fridge freezers.

According to London Fire Brigade figures, nearly one fire a day in London involves white goods and in 2016, the Brigade launched its Total Recalls campaign which calls on the government and manufacturers to implement a number of changes to make all white goods safer including making it easier for consumers to find out if they own potentially dangerous goods via a centrally managed recall database.

Deputy Assistant Commissioner Charlie Pugsley said: “Consumers need to able to check whether they have a potentially deadly appliance in their home.

“We don’t even know how many defective white goods there are in use in homes across the UK but we do know there are least a million Whirlpool tumbles dryers with an identifiable defect that have caused over 750 fires in the UK.* 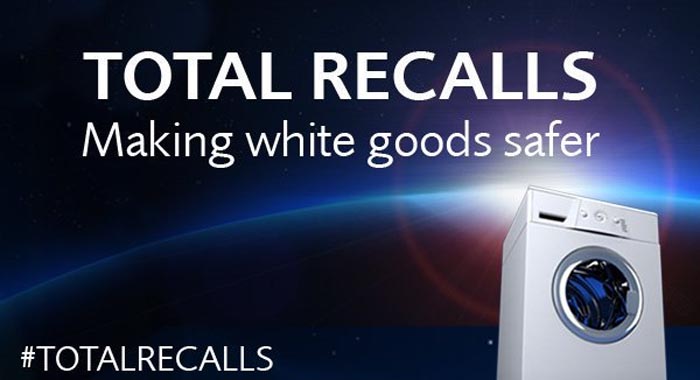 “We are pleased to see the LGA has joined us in putting pressure on the Government to introduce this register.

“Without urgent action, lives and homes are being put at risk by faulty appliances.”

The LGA’s call comes following a Business, Energy and Industrial Strategy Select Committee report into the safety of electrical goods and the UK’s product safety.

The committee found there has been a ‘painfully slow’ response from the Government with regards to creating a single product recall database.

What is the Brigade calling for?

*As reported by Whirlpool to BEIS select committee