Off duty firefighter uses scarf to save woman on bridge

A mystery man in a 'business suit and tie' hailed as the 'real hero' of a dramatic rescue attempt by a cabbie who went to the aid of a woman in difficulty on Lambeth Bridge has been revealed as an off duty firefighter.

A mystery man in a 'business suit and tie' hailed as the 'real hero' of a dramatic rescue attempt by a cabbie who went to the aid of a woman in difficulty on Lambeth Bridge has been revealed as an off duty firefighter.

Talking to the Evening Standard

, black cab driver Steve Teague described how he leaned over the side of the bridge, to grab hold of the distressed woman's arm, while another bystander clutched the cabbie's belt to stop him being pulled over the edge.

Climbed over the bridge 'without a second thought'

He added though that the 'real hero', who was wearing a business suit and tie, turned up seconds later and climbed over to get a better grip of the woman. Mr Teague told the Standard: "Without a second thought, he went over and tried to calm her down. We were all holding on to each other."

Dave had been walking across Lambeth Bridge on his way home after an evening out when his wife spotted two members of the public trying to assist a woman struggling on the ledge of the bridge.

With no hesitation, Dave jumped over the side and onto the ledge where he used the Royal Marine scarf he was wearing, and which had been given to him for his 50th birthday, to secure the woman to the bridge so she didn’t fall off. 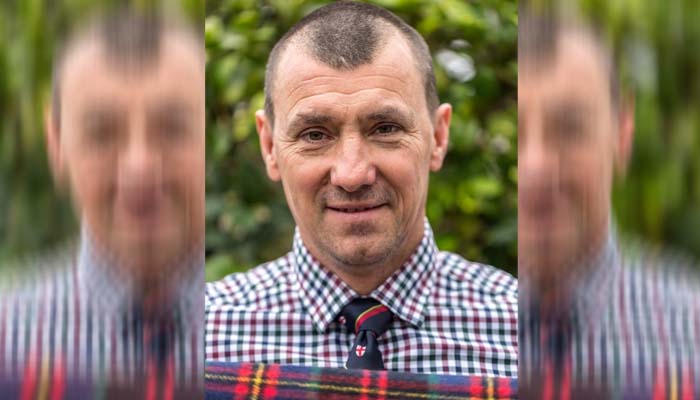 Dave, along with the other two men who had come the woman's aid, then worked together to reassure and hold onto her and each other until the Brigade, police and RNLI arrived.

Once the Brigade arrived on the scene, one of the firefighters joined Dave on the ledge and crews passed him a rope.

Dave used it to tie a one-handed bowline to secure her to the bridge instead of his scarf and a half-hitch around her chest. Dave and the firefighters from Lambeth then lifted the woman back over the bridge to safety.

Speaking afterwards, Dave said: "In the Brigade we're trained to help people and I just automatically snapped into firefighter mode.

"When I saw what was going on I just saw it as my duty to help. I spoke to the lady to reassure her and told her I wasn't going to let her fall.

"The main thing is that we got her back over the bridge to safety, unharmed. I'd also like to say well done to the other two members of the public who didn't hesitate to come to the lady's assistance and all the firefighters and other emergency services who did a great job on the night."

For confidential support call the Samaritans on 116123 or visit a local Samaritans branch, see www.samaritans.org