Islington firefighters honoured with Freedom of the Borough

Islington firefighters honoured with Freedom of the Borough

Firefighters and officers based at Islington and Holloway fire stations are to be awarded with the Freedom of the Borough by Islington Council.

The Freedom of the Borough is the highest honour a council can bestow on an individual of group and is only granted to those who the local authority deem to have “rendered eminent serviced to that place or area”.

Paul Hobbs, Borough Commander for Islington, said: “I am truly honoured and so proud that we as a team have been chosen to receive the highest award a borough can present.

“This award is in recognition of all the work we all do in the borough every day, from operational incidents large or small, to preventative community safety work including home fire safety visits.” 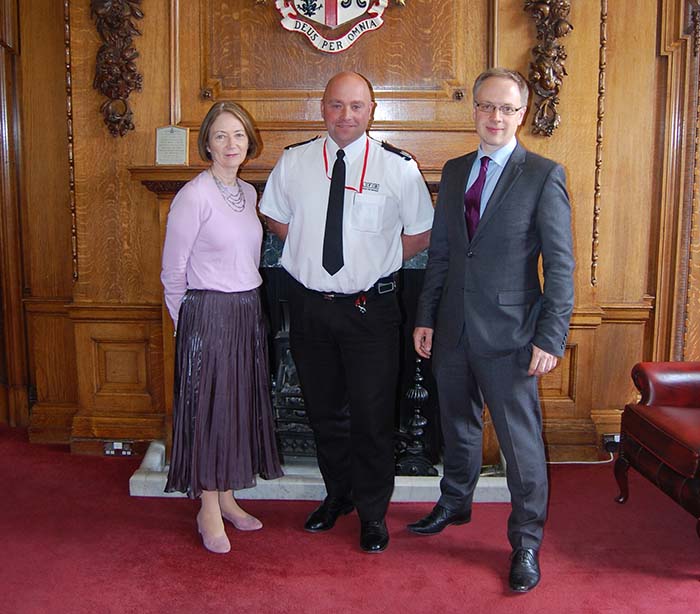 Highest honour a council can bestow

The Brigade’s fire crews were chosen for the “dedication and commitment to the borough day in and day out” and for their response to the Grenfell Tower fire.

Councillor Richard Watts, leader of Islington Council said: “These people literally risk their own lives to save ours, walking into situations most of us would run from.

“It will be our privilege to recognise them with the award of Freedom of the Borough.”

The Mayor of Islington, Councillor Una O’Halloran, said the borough’s firefighters were “shining examples of the best of Islington”.

Firefighters will be presented with the honour at the Mayor of Islington’s Civic Awards Ceremony on March 15 next year.