A recent Brigade study showed that 10 people have died in fires in the last three years where it’s believed that a flammable skin product was being used. Firefighters are warning that this figure may rise unless people using these products take greater care.

Many commonly used moisturising creams contain paraffin and petroleum bases and can be readily bought off the shelf from any supermarket or chemist.  The cream seeps into the bedclothes and if wearers drop a cigarette, sheets and night clothes act like a  wick allowing flames to quickly  spread across the body.  Washing sheets and clothes at a high temperature doesn’t always remove the residue and worse still, these creams help manage skin conditions such as eczema and psoriasis, meaning sufferers wear the cream over large areas of their skin, which increases their risk of harm.

Dan Daly, Assistant Commissioner for Fire Safety, said: “It’s a horrific reality but if you’re wearing creams with flammable ingredients and you accidently drop a cigarette or a match, you are literally setting yourself on fire.  Dropping cigarettes or matches onto clothing is dangerous but when flammable creams are involved, this really increases the chance of a fire starting and becoming much more intense.

“The people most vulnerable to fires are older people, and those with mobility problems, and it’s exactly these people who tend to rely on emollient creams. If they are smokers too, it’s a deadly combination.

“Worse still, people using emollient creams tend to have beds with airflow mattresses.  In effect, the bedding with the cream soaked in, acts as a wick.  When the mattress comes into contact with a flame, the mattress essentially can act as a blow torch, intensifying the fire.

“I can’t stress how important it is to switch to non-flammable brand and carers should never allow users of these creams to smoke unsupervised, especially if they could become confused or fall asleep while smoking.”

Our advice for carers

We work closely with care providers who seek help with fire related issues.

Earlsfield resident, Hilda Batten lived alone and was a smoker who used a well-known paraffin-based emollient cream.  She was a wheelchair user for around 20 years, after being diagnosed with multiple sclerosis (MS) and received visits from carers on a daily basis. 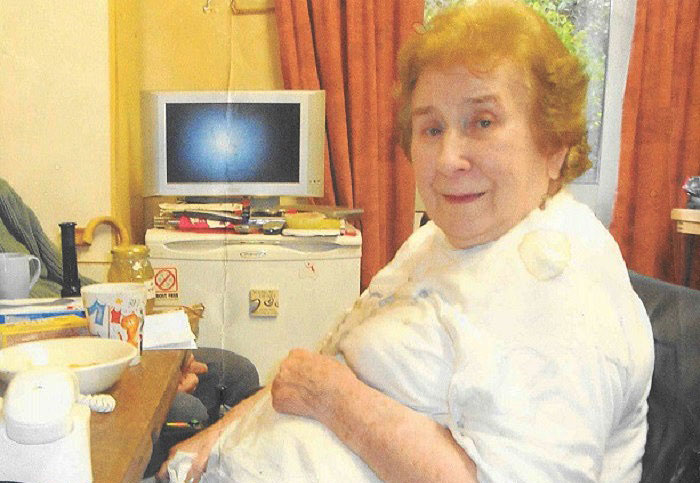 In July 2016, Hilda accidentally set fire to herself and sadly died later in hospital.  Hilda’s niece, Val Hamilton, said: “my aunt smoked since she was 14 years old, it was her one pleasure in life – it was a part of the way she was.

“No one ever warned us before about emollient creams.    She had a cream applied to her daily.  Knowing about the risks now is too little too late.  They should put a warning on the packaging, people should be given guidelines about its usage.”

Medicines and Healthcare products Regulatory Agency (MHRA), which regulates medicines and medical devices in the UK, says all creams containing paraffin should carry a flammability warning.  Dr Sarah Branch, Deputy Director of MHRA’s Vigilance and Risk Management of Medicines Division said:  “Emollients are important skin treatments used by many patients.  We are working with companies to make sure that important safety messages are included in the product information.   We urge people to let us know of any adverse events which might occur with these products via https://yellowcard.mhra.gov.uk/