Brixton firefighters have created a  ‘Mindfulness Garden’ on the rooftop of Brixton fire station. The garden has been created and prepared by all four of the Watches in conjunction with local environment groups and is aimed at giving firefighters a space to unwind, reflect and relax.

Over the past couple of months the project has brought local community groups together to create the garden.  Amongst them a local beekeepers group from Kennington Park who provided bee-friendly pollinators to attract bees.  Resourceful crews also used their sustainable prowess, by recycling discarded wooden pallets and turning them into garden furniture, including their own bee hive.

The Brigade’s ‘Green’ champion, Simon Jakeman, has also lent a hand in creating the space and donated his award-winning garden from this year’s Hampton Court Flower Show. 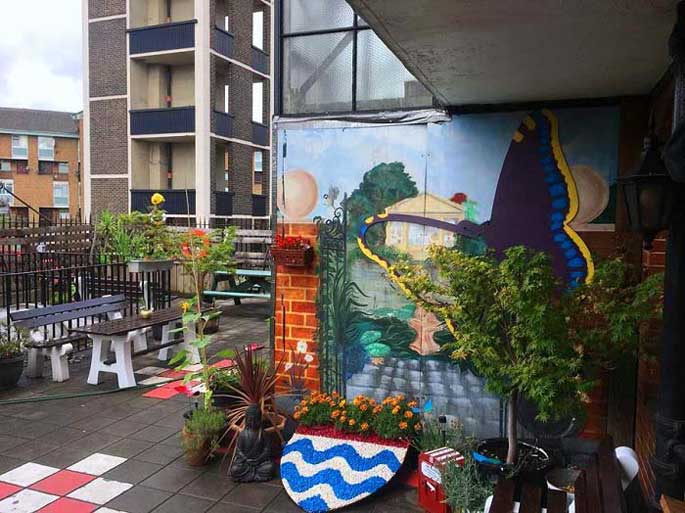 Brixton’s Green Watch manager Mat Rosendale, who is also a blue light champion at the Brigade, oversaw the project.  As a Blue Light Champion he is one of a group of volunteers who  promote awareness of mental health in the emergency services. The scheme is funded by the Cabinet Office and run by the mental health charity MIND. 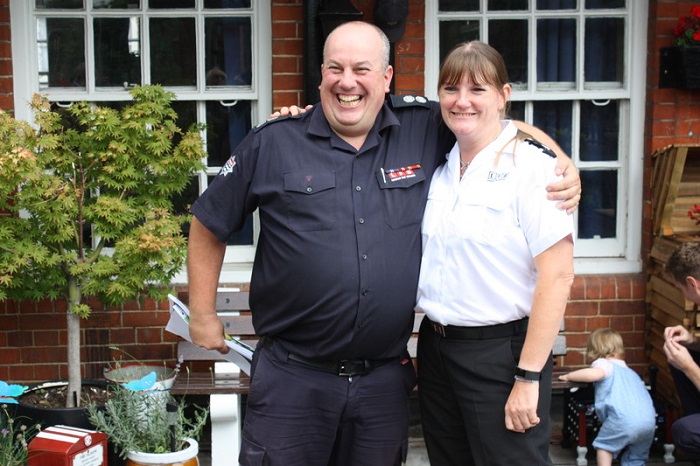 Mat says the garden has produced a fantastic result: “Before 1995 the space was an unused grey flat roof over the office.  Firefighters then started to cultivate pot plants to brighten up the area.  Since then its gone from strength to strength with the Green Watch building a pond in 2012 to commemorate the Queen’s Diamond Jubilee.

“This brand new mindfulness garden is the culmination of lots of hard work and effort.  It has been a great focus on the station and brought all four watches together in a really positive way.  Green spaces have a long-lasting positive impact on people's mental well-being and I’m proud that we can now offer firefighters a place to come to relax and unwind.  Importantly, the Mindfulness Garden has raised awareness of the Blue Light scheme. We need more Blue Light Champions to raise awareness and support our colleagues”.