We're warning people that playing with fire is not a game after a YouTube vlogger was filmed setting fire to a popular children's toy.

The video, which is available to be viewed by children across the world, has been watched nearly three million times in less than a week. 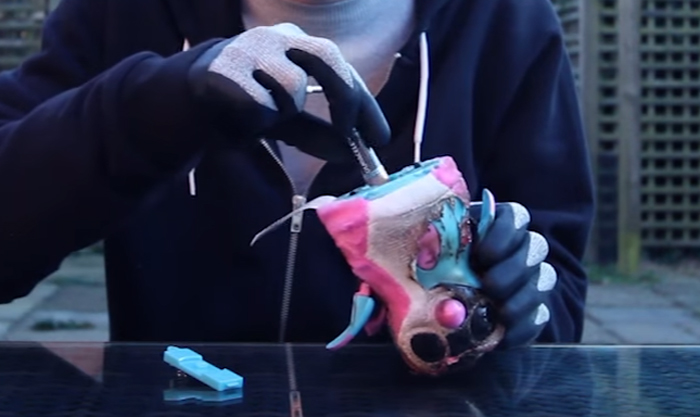 Dumbest thing I have ever done

The vlogger even admits in the video "this is literally the dumbest thing I have ever done", before he carries out his irresponsible and thoughtless actions.

The toy, which was one of the top children's gifts at Christmas, does not erupt into flames but sustains significant fire damage.

DanTDM removed the batteries from the toy before aiming the blowtorch at it, however he then puts them back into the toy and remarks that it "could explode" in his face.

Charlie Pugsley, head of the Brigade's fire investigation team, said: "We 100 per cent condemn this reckless behaviour and would urge the YouTube vlogger to remove the clip immediately as it may inspire 'copycat' incidents which may go tragically wrong.

"Playing with fire is not a game and the YouTuber even admits that his behaviour is incredibly dangerous, despite trying to pass off the irresponsible act as humorous.

"This behaviour could easily have had severe consequences. The blowtorch could inflict severe burns instantly if handled carelessly and if hot melted plastic came into contact with a person’s skin, it could literally stick to it, causing much more severe burns. 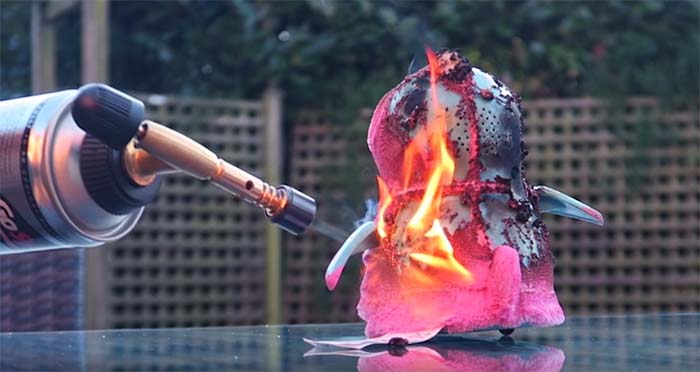 "There is apparently no limit to the lengths some people will go to in order to gain popularity on social media and we'd ask DanTDM to use his internet fame teach others about the dangers of fire instead of posting childish pranks.

“We would also urge people not to copy these actions and keep all toys away from fire and dangerous tools such as blowtorches away from children."