We're appealing to friends and family members of an Ealing firefighter to get in touch ahead of a plaque being unveiled in the firefighter’s memory later this month.

On 4 December 1966, Sub Officer Leslie Arthur Tucker tragically died on his last shift before retiring. While responding to a late night shout, Sub Officer Arthur accidently opened the door to the pole house and fell the 16 feet to the ground. He died from his injuries eight days later in hospital. He had completed 37 years of service.

To honour our firefighter

As a mark of respect, the Brigade is erecting a plaque at Ealing Fire Station to honour Sub Officer Tucker, which is due to be unveiled on Friday, 19 May 2017 at 10am. 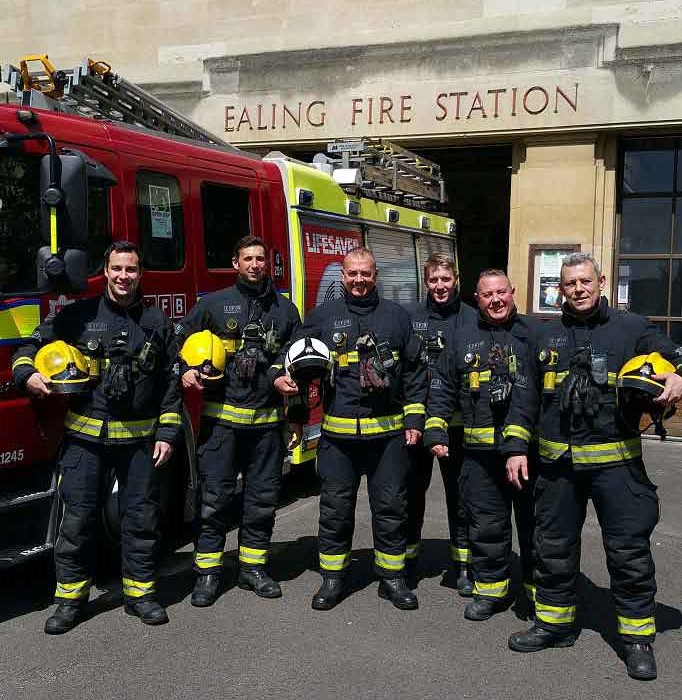 Red Watch Manager at Ealing Fire Station, Mark Lanaway, who has been co-ordinating the event, completes his 30 years with London Fire Brigade on the day of the event.

He said: "It would be wonderful to have any friends or family members of Leslie Arthur Tucker attend the ceremony on 19th May.

"I have been trying to contact people that might know him and I am hoping that someone reading this might remember Leslie Arthur Tucker or perhaps know someone who knew him. It is a sad and tragic story but we hope this plaque will be a fitting way to remember him but also celebrate his 37 years of service.

“If someone does happen to know him and wants to attend then I urge them to contact me at Ealing Fire Station so we can invite them along to this important occasion.”

Since Leslie’s tragic accident at Ealing Fire Station, the door design to the pole house has been changed. Previously the double set of doors opened straight onto a drop for crews to use the fire pole. Now a lever needs to be pulled to open the doors and a step has been added so firefighters have to stand on the threshold before they can descend the pole.

The plaque will be on the wall near the fire pole on the ground floor of Ealing Fire Station.