Adele paid an unexpected visit to Chelsea Fire Station on Monday to thank Red Watch firefighters for their work at the scene of the Grenfell Tower fire. 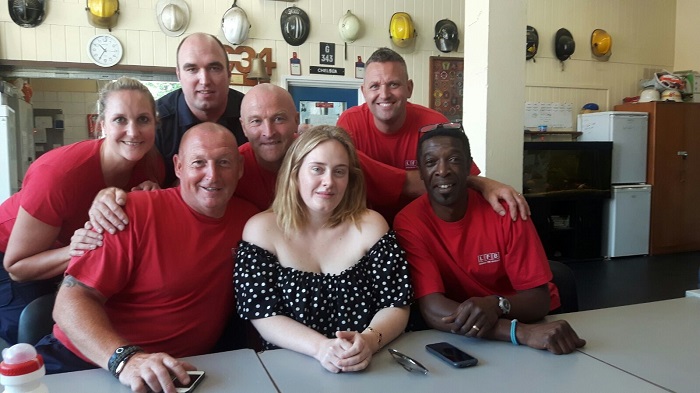 Station Manager Ben King said: "She just turned up at the station and knocked on the window and said she has some cakes for us. So we opened the door to her and then she took her sunglasses off and said: ‘Hi, I’m Adele’. Everyone was so shocked.

"She came in, came up to the mess and had a cup of tea with the watch and then she joined us for the minute’s silence.

"We have had so much support from the local community and we cannot thank everyone enough."

are accepting donations. The charity helps firefighters who are in injured, ill or in need of psychological support to come to terms with the life and death situations they face on a daily basis.