Firefighters are known for bravery but nothing beats the courage of proposing to your partner in front of a crowd.

That's exactly what newly graduated firefighter Rory Colmer, 26, did as his friends and family attended his training squad's firefighter graduation parade in Harrow.

Rory had asked the trainers for their help to get his girlfriend Emma Tucker, 25, up on stage.

When the ceremony ended, the chief trainer, Keith said one lucky member of the crowd was allowed to come up to the front and stand with the 11 trainees and have their photo taken.

Emma's name was drawn out of the hat and she approached the group. 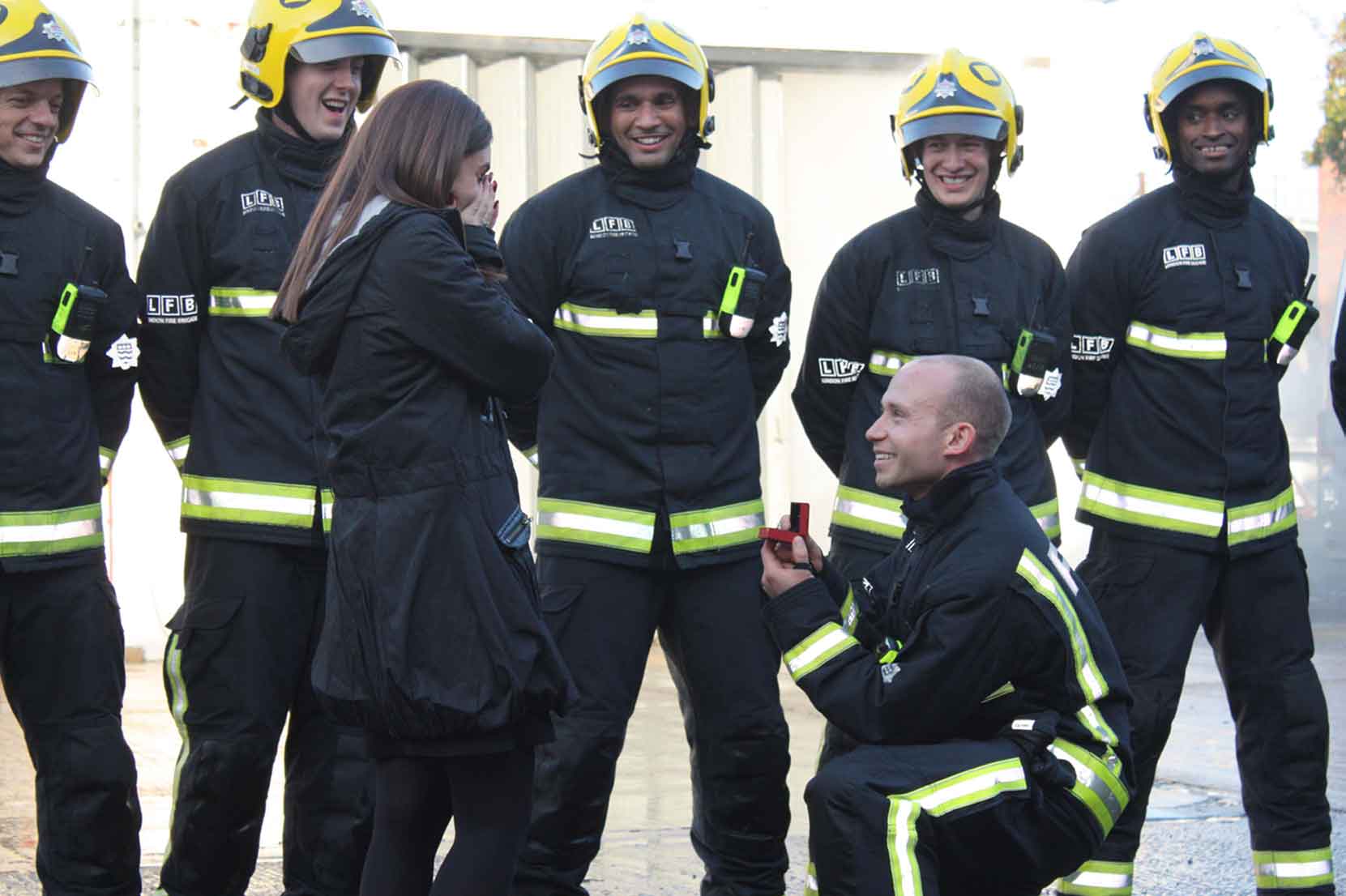 Rory, who is going to be based at Islington Fire Station, did the rest.

Thankfully she didn't make him sweat for too long for a positive answer and the Hornchurch couple were loudly cheered by the audience. 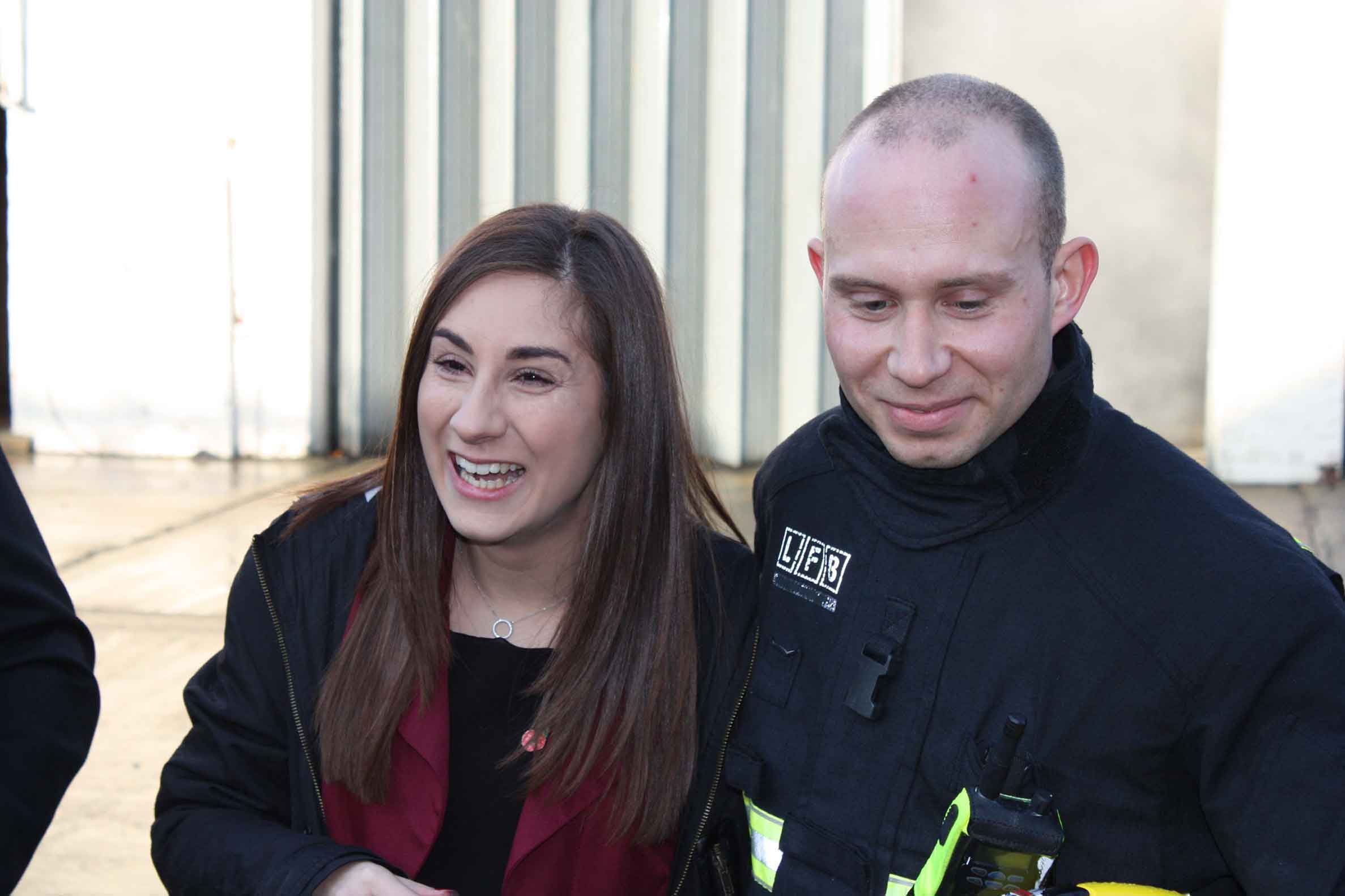 Emma said: "Rory has embarrassed the life out of me. I was totally taken by surprise and I am so happy.

"We've been going out for eight years and only last week I said to my mum, it's about time we got married!"