Firefighters are urging Londoners to keep items such as crystal furnishings and shaving mirrors out of direct sunlight after a glass doorknob sparked a fire at a house in Wendover Road, Willesden.

The blaze is believed to have started after a coat was removed from a glass doorknob, which focused the sun's rays on nearby clothes.

A smoke alarm fitted in the property sounded and the family were able to leave their home with the earliest possible warning. 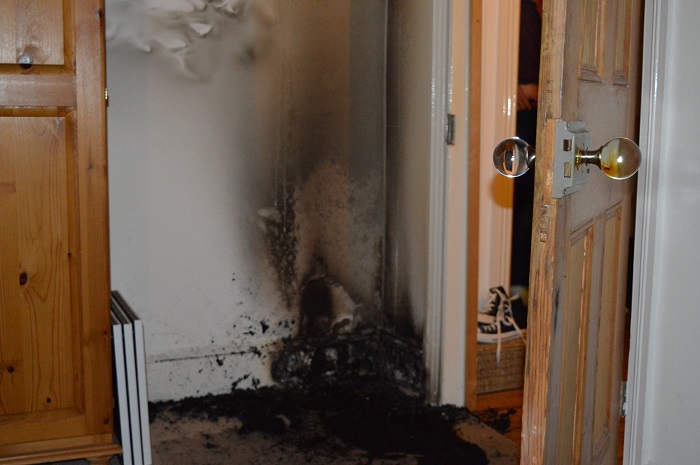 "I dread to think what would have happened if I had not been at home.

"Since the fire, I have been asking all my friends if they have smoke alarms and if they know that they are actually working and checked.

"I would advise people not to buy crystal doorknobs, and I would advise home stores to be aware of the fire risk when stocking. Or, at least, such doorknobs should come with a warning."

The fire was extinguished by crews, who confined the blaze to the area of origin. Nobody was injured and the family were later able to return to their home.

How sunlight shining on mirrors and glass objects can cause fires

Charlie Pugsley, head of the Brigade's fire investigation team, said: "These sort of incidents are not as rare as you would think. I've seen everything from sparkly doorknobs and crystal balls to glass fish bowls and Nutella jars containing crystals starting fires.

"Crystal and glass ornaments and items such as shaving mirrors should be kept out of direct sunlight. The homeowners were extremely lucky and they were alerted to the fire by their smoke alarm.

"I would urge everyone to ensure they have a working smoke alarm on every level of your home and know what to do in the event of a fire."

The Brigade was called at 1918 on Thursday, 8 September, and the fire was under control at 1936. Fire crews from Park Royal and North Kensington fire stations attended the scene.